VATICAN - "The value of martyrdom as an element of Christian life in El Salvador": towards the beatification of the missionary Cosma Spessotto 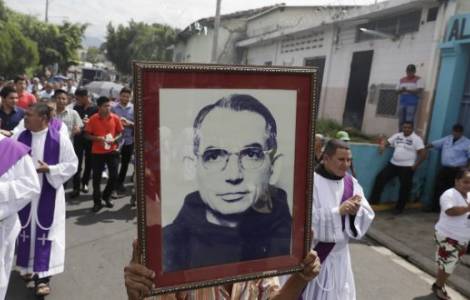 Zacatecoluca (Agenzia Fides) - "I ask the Lord to give me the strength at the right time to defend the rights of Christ and the Church. To die a martyr would be a grace that I do not deserve. Washing all my sins, defects and weaknesses of past life with the blood shed by Christ, would be a free gift from the Lord. I forgive in advance and ask the Lord for the conversion of the authors of my death". This is the spiritual testimony left by the Italian Franciscan missionary Fr. Cosma Spessotto, OFM, killed in San Juan Nonualco (El Salvador) on June 14, 1980. On May 26 his martyrdom was recognized, in hatred for the faith, with the publication of the decree of the Congregation for the Causes of Saints, approved by Pope Francis .
Born on January 28, 1923 in Mansué (Italy), in 1935 he entered the Franciscans (OFM). The period of philosophical and theological formation coincided with the Second World War. He was ordained a priest on June 27, 1948. He had already developed a desire to go to China or Africa as a missionary, but requests for priests from Central America led him to go to El Salvador, where he arrived on April 4, 1950 together with two confreres. He was entrusted with the parish of San Juan Nonualco, in the department of La Paz, which he led until his death, gaining esteem and affection from the faithful. In the years of the Salvadoran civil war, he did not fail to denounce injustices and atrocities, he helped the sick and needy, collected the corpses thrown into the ditches and buried them, without making any distinctions. His work cost him several death threats. On Saturday 14 June 1980, while praying before celebrating Holy Mass, he was shot dead by some strangers in front of the main altar of his parish.
"The recognition of martyrdom aroused emotion and joy, the Catholic community in general expressed great joy", explained the Bishop of the Diocese of Zacatecoluca, His Exc. Mgr. Elías Samuel Bolaños told Agenzia Fides. "Although Fray Cosme Spessotto is little known in some contexts, however, listening to the news, there was general joy. In March we received the communication that Fr. Rutilio Grande had also been declared a martyr. The Catholic Church of El Salvador feels the value of martyrdom as an element of Christian life".
On the date of the celebration of the Beatification, the Bishop recalls that in the meeting of the Episcopal Conference in January the possibility had been evaluated, if the two decrees had been published, of making a single beatification ceremony for the two Blesseds, inviting the Pope to preside over this ceremony. "In February the decree of Fr. Rutilio was published and in May that of Fray Cosme Spessotto - the Bishop explains to Fides - we are therefore now sure of their beatification. We have sent the letter to the Pope through the Nuncio, but we have not yet received a reply. At the next meeting of the Episcopal Conference of El Salvador we will see how to proceed. First of all we will have to meet the representatives of the two dioceses to study the logistics and promotion of this celebration".
Father Cosme was assassinated 40 years ago, but his memory is still alive in the community, as Mgr. Elías Bolaños points out to Fides: "In the parish where he was assassinated he is always remembered. Father Cosme Spessotto was a very humble, very pastoral friar, very devoted to his pastoral service for his faithful, he always visited them. This is how he is remembered: an unselfish, generous priest, attentive to his faithful, who defended those who had been accused of being left wing, although they were not. Father Cosme was also a very spiritual man: a man of prayer, very full of love for the Eucharist" (SL) (Agenzia Fides, 17/6/2020)