EUROPE/ITALY - The beatification of Father Cremonesi, martyr, on the eve of Mission Day in the Extraordinary Missionary Month 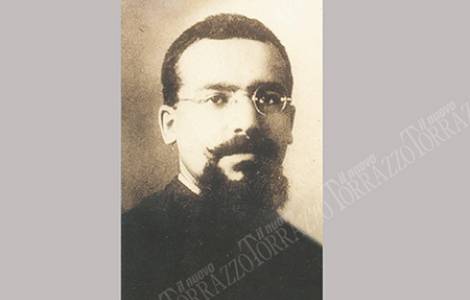 Crema (Agenzia Fides) – On Saturday 19 October, on the eve of World Mission Sunday, in the heart of the Extraordinary Missionary Month announced by Pope Francis for this October 2019, the solemn liturgy of the Beatification Father Luigi Cremonesi, missionary of PIME (Pontifical Institute for Foreign Missions), killed in hatred of the faith in Myanmar on 7 February 1953, where he had spent 28 years of mission, will be held in the Cathedral of Crema, his diocese of origin. The rite will be chaired, in the name of the Holy Father, by Cardinal Angelo Becciu, Prefect of the Congregation for the Causes of Saints, together with the Bishop of Crema, Mgr. Daniele Gianotti, and the Bishop of Taungngu, in Myanmar, who will be accompanied by a diocesan delegation.
In giving news of the recognition of the martyrdom of Father Cremonesi, first martyr in the history of this diocese, Mgr. Gianotti had emphasized that "the testimony of Fr. Alfredo will be able to help us keep the fire of the mission alive, the desire to bring to everyone the good news of Jesus Christ" (see Fides 20/03/2019).
Also father Pier Luigi Maccalli, the missionary of the Society for African Missions (SMA) who was operating in Niger, kidnapped 13 months ago (see Fides 17/10/2019) belonged to the diocese of Crema.
In the beatification celebration of Fr. Cremonesi prayers will be held "for those who in every part of the world are persecuted because of faith, for Father Pierluigi Maccalli deprived of his freedom, for all those who suffer for the witness to the Gospel".
Alfredo Cremonesi was born in Ripalta Guerina, in the diocese of Crema, on 16 May 1902. In 1911 he entered the diocesan seminary. Once his missionary vocation matured, in 1922 he was accepted in the Lombard Seminary for the Foreign Missions of Milan. On 12 October 1924 he was ordained a priest and a year later he was sent to Toungoo, Burma. The following August he was transferred to Yedashé, and in 1929 he moved to the village of Donoku. He dedicated himself to the indigenous world and, despite the difficulties, he obtained good spiritual fruits, also committed to the human promotion of the very poor population. His pastoral service was based on an intense life of prayer, nourished by Eucharistic adoration, especially at night, according to the monastic style, which had always fascinated him.
Father Cremonesi published numerous articles in the journal of his Institute, "The Catholic Missions", presenting the evangelizing activity and informing about the political situation in Burma. At the end of the Second World War, the country gained independence from England, but a bloody civil war broke out between the various ethnic groups. Religious minorities, like Catholics, became the object of great hostility, which not infrequently manifested itself with the expulsion of European missionaries. Father Alfredo was not afraid to denounce the crimes, arguing that only peace could resolve the disputes. In 1950 he was forced to leave Donoku, where however he wanted to return in 1952, despite being aware of exposing himself to serious risks. On 7 February 1953, while he was in the village of Donoku, he was involved in a clash between a group of government soldiers and some rebels. He welcomed the soldiers and defended his faithful, suspected of favoring the anti-government rebels. Some soldiers, due to their anti-Christian hatred, killed him, shooting him in the eye, then destroyed every building marked with a cross. According to the testimony of those present, Father Alfredo was assassinated while praying. He was the only one to die, while the population was spared and was able to bury his body, after a night vigil, in the village cemetery. The conviction that the missionary had been killed in hatred of the faith and was therefore a martyr was immediate and unanimous. (SL) (Agenzia Fides, 18/10/2019)