VATICAN - Catechist Martyrs: stories that deserve to be recognized 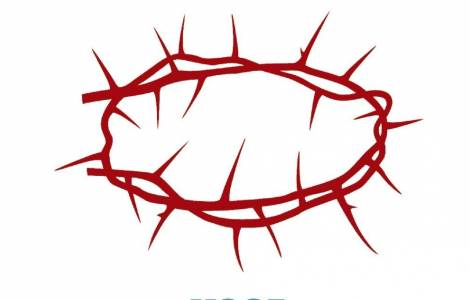 Vatican City (Agenzia Fides) - For three decades, March 24, the day of the assassination of Archbishop Oscar Arnulfo Romero, canonized on October 14, 2018, the Italian Pontifical Mission Societies have proposed a "Day of Missionary Martyrs", to be lived in their memory in the sign of prayer, reflection, fasting and works of charity.
Almost a year ago, on May 10, 2021, Pope Francis published the Apostolic Letter "Antiquum Ministerium" with which the ministry of catechist was established, officially recognizing its fundamental role for evangelization, especially in the lands and among the peoples of first evangelization. "Catechists in missionary lands carry out a precious and irreplaceable apostolic work, for which the entire Church is grateful" (Pope Francis, 21 May 2014).

The two circumstances, combined with the attention that Fides Agency has always reserved for missionaries killed, inspire this Special dedicated to some figures of "Catechist Martyrs". In fact, there are many catechists who, on all continents, remained faithful to the mandate received to proclaim Christ and his Gospel to the point of the supreme sacrifice of life. Men, women and even children, animated by the Spirit, the "engine" of the mission, were authentic "blood witnesses" of Christ.
As Pope Francis writes "The long line of blesseds, saints and martyrs who were catechists has significantly advanced the Church’s mission and deserves to be recognized, for it represents a rich resource not only for catechesis but also for the entire history of Christian spirituality" (Antiquum Ministerium, 3). Remembering them therefore does not mean looking to the past, as their testimony still evangelizes today and is a source of life for new Christians.

For some of them the Cause of Beatification and Canonization is underway, as for the catechist mother Luisa Mafo and the 23 catechists who were killed with her in Guiúa, Mozambique, on March 22, 1992, during the fratricidal war that bloodied the country, while they were gathered with their families for a training course. The diocesan inquiry was also concluded for the indigenous catechist Simão Bororo, martyr with Fr. Rodolfo Lunkenbein in the Salesian mission of Meruri, in Mato Grosso. Their death, on July 15, 1976, is part of the fiery climate for the demarcation of the land and the defense of the rights of the Indians.

Very often they died together with the missionaries with whom they carried out the work of evangelization, united in life as in the supreme testimony of the faith they proclaimed: Father Mario Vergara and catechist Isidoro Ngei Ko Lat in Myanmar; in Guatemala the martyrs of the diocese of Quiché and also Father Tullio Maruzzo together with the catechist, Luis Obdulio Arroyo; Father Mario Borzaga and catechist Paolo Thoj Xyooj in Laos. In places where a stable presence of priests is not possible, catechists continue to evangelize, prepare for the sacraments, guide prayer, help those in need, determined to pay for their profession of faith with their lives, as is the case of the young Ugandan catechists Davide Okelo and Gildo Irwa; religion teacher Ramose Lucien Botovasoa, in Madagascar; Peter To Rot, a loving family man and an upstanding catechist in Papua New Guinea.

The Bishops of Guatemala wrote on the occasion of the Beatification of the martyrs of Quiché: "Blessed is the blood shed by these brothers of ours, because they, with their testimony, have shown us what it means to love Jesus Christ ... Blessed are the martyrs of an indigenous people blessed by faith in Jesus Christ, because they have shown us how far the dedication of a catechist or a missionary can go".

Finally, we report the list of Catechists killed in recent years, according to information gathered by Fides Agency. For these we prefer not to use the term “martyrs”, if not in its etymological meaning of “witness”, in order not to enter into the question of the judgment that the Church might eventually deliver upon some of them, after careful consideration. The provisional list compiled annually by Fides, must therefore be added to the long list of many of whom there may never be news, who in every corner of the world suffer and even pay with their lives for their faith in Christ.
This list, which is not of death but of life for the entire Church, recalls the Book of Revelation, in chapter 7, where before the Throne and the Lamb there was "a great multitude, which no one could count, from every nation, race, people, and tongue... These are the ones who have survived the time of great distress and have washed their robes and made them white in the blood of the Lamb".

"Contemporary man listens more willingly to witnesses than to teachers", stated the Holy Father Paul VI in Evangelii Nuntiandi, with a widely known expression, also taken up by Pope Francis: "today's world stands in great need of witnesses, not so much of teachers but rather of witnesses. It’s not so much about speaking, but rather speaking with our whole lives" (May 18, 2013). This is what these catechists did, their stories therefore deserves to be recognized. (SL) (Agenzia Fides, 24/3/2022)