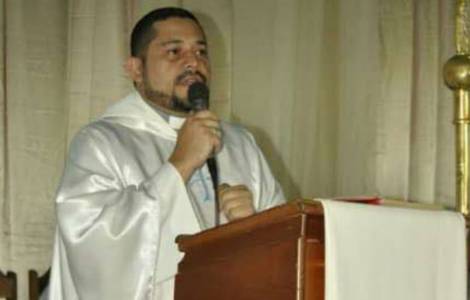 Barquisimeto (Agenzia Fides) - The parish priest of the Nuestra Senora de Fatima parish, in the Archdiocese of Barquisimeto (Venezuela), don Iraluis José Garcia Escobar, 38, was killed yesterday afternoon, Monday 9 July, by bandits who wanted to rob him the van he was traveling on. According to the statement of the Bishops' Conference of Venezuela, sent to Agenzia Fides, the priest was driving the van while traveling around Santa Isabel neighborhood, in the western part of Barquisimeto, and was entering his parish, when he was shot by criminals. He was immediately taken to Pastor Oropeza hospital, where he died shortly after. Fr. Iraluis was much loved, cheerful and with a profound spirituality, all dedicated to the Church.
According to local sources, contacted by Fides, at the time of the crime, a police patrol was passing nearby. One of the two, 20 years of age, with a record for theft and murder, was killed, the other managed to escape. Even one of the policemen was injured but not seriously. According to the police, this area has a high number of vehicle thefts. A revolver was found on the spot. (SL) (Agenzia Fides, 10/7/2018)