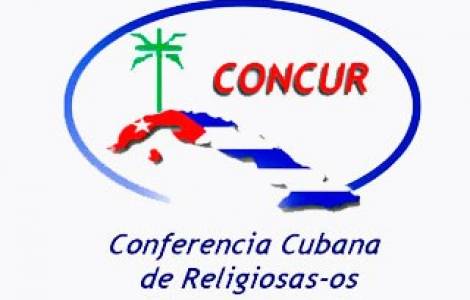 La Habana (Agenzia Fides) - One year after the events of July 11, 2021, the Cuban Conference of Religious (ConCuR) recalls "what we lived and what we are experiencing". First of all, about 700 people are still in prison. "This continues to cause pain and anguish to many, especially the relatives of the detainees", underlines the statement sent to Fides. For some detainees "the trial has not yet taken place, violating the ordinary and extraordinary terms established by law". Furthermore, "in the appeal hearings held, the evidence presented by the defense continues to be refused and not adequately assessed, to the detriment of the accused". So they reiterate that "the current general situation is similar to what we experienced a year ago, or even worse. With sorrow, we regret that the sanctions and the entire trial of the detainees are used as an intimidating resource". "As part of this society, in which we live and which we accompany in various ways, this worries and hurts us" reiterate the Cuban religious, who ask for the "definitive release of the accused who have not been tried, as well as the re-examination of the sentences of the persons tried ". The latter procedure can be initiated by the competent authorities at the request of a person or institution, therefore families can request it.
On Sunday 11 and Monday 12 July 2021, clashes took place between the population and the police, with numerous arrests in the main Cuban cities. The protests were caused by the exasperation of the people, who had difficulty in finding food, due to the increase in prices, the worsening of the pandemic and the lack of democracy. The main news agencies reported that for the Cuban government led by Miguel Diaz Canel, it was a maneuver to "destabilize" the island. The local Church, through the Cuban Bishops' Conference, citing Pope Francis, recalled that "crises are not overcome by confrontation but when understanding is sought", therefore they admonished: "violence generates violence, today's aggression opens wounds and nourishes future resentments that will take a long time to overcome". Therefore they invited everyone "not to favor the situation of crisis, but with serenity of spirit and good will, to exercise listening, understanding and an attitude of tolerance, which takes into account and respects the other, to seek together just and adequate solutions". The Cuban Conference of Religious (ConCuR) also expressed itself on the Cuban situation: "Those who took to the streets are not criminals, they are ordinary people from our cities who have found a way to express their discontent". Then they proposed "five points that seem essential to us to overcome the current difficult situation and build fraternity among all" (see Fides, 14/7/2021). (SL) (Agenzia Fides, 18/7/2022)