ASIA/SINGAPORE - The "Sister Churches" for the Gospel of dialogue, peace and solidarity in Asia 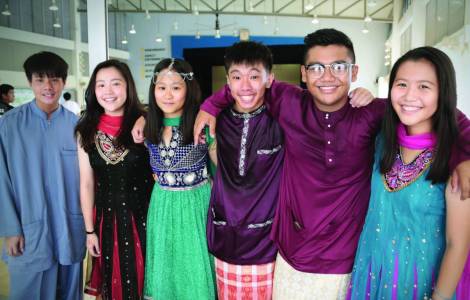 Singapore (Agenzia Fides) - "The Catholic Church in Singapore and the 'sister Churches' of Malaysia and Brunei are witnesses and heralds of the Gospel of dialogue and peace, of a message of love and closeness to every person in Asia", says Cardinal William Goh, Archbishop of Singapore, recalling, on the eve of the assembly of the Federation of Asian Bishops' Conferences (October, 12-30). The Catholic Church in the continent - he observes - is called to promote religious unity and harmony, as also underlined by Pope Francis, present in Central Asia in these days, for his apostolic journey to Kazakhstan (September, 13-15).
"Singapore is today an icon of religious harmony in the world: here religious leaders and the government work side by side for the good of society. We are committed to spreading peace and unity in Singapore as in the rest of Asia, promoting dialogue among the different religions.
As followers of Christ, we are all called to work for the common good of society and of all humanity", said the Cardinal, who returned to the city-state after his trip to the Vatican, where he was created Cardinal by Pope Francis on August 27 last.
In a note sent to Fides, the Cardinal recalls four key points of his pastoral vision: the proclamation of Christ in Asia; proximity to the poorest and the last; new ways of interreligious dialogue for human fraternity; common action for the protection of Creation and the climate.
The first aspect, he stresses, is "the evangelizing mission of the Catholic Church in Asia, called to put Christ at the center, since it is Christ himself who fulfills his mission".
Another priority is "embracing the marginalized, welcoming the poor and vulnerable. If society is not truly inclusive, we will not be able to make great progress towards the common good", he adds.
Crucial in the Asian continent, he points out in the third point, is "the commitment, for all Catholics in Singapore and Asia, to promote love and unity through interreligious dialogue and the construction of a peaceful society".
In this framework, he confirmed, the Archdiocese of Singapore will set up a specific research institute to study methodologies on how to promote friendship with other religious leaders, and then share them with the Bishops of the Asian continent, who look to Singapore as a model for a fruitful pluralism.
Finally, the Prelate notes, integral ecology and the safeguarding of creation are important issues for the future of Asia, a continent marked by environmental disasters and natural disasters, where believers in Christ, also on the basis of the encyclical "Laudato Sì", promote greater sensitivity towards environmental issues and the culture of "caring for the common home".
At the recent "International Conference of Cohesive Societies" (ICCS) organized in Singapore by the "S. Rajaratnam School of International Studies" and the "Nanyang Technological University" - Cardinal Goh recalled - at the invitation of the Church of Singapore, Cardinal Pietro Parolin, Vatican Secretary of State Pietro Parolin, Vatican Secretary of State, spoke of "solidarity as a sacred pilgrimage to realize the common good of all". Hoping in Asia "cohesive societies, rich in humanity, which take care of those in need, in which everyone is engaged in a constructive and cooperative way for the benefit of all", Cardinal Parolin said that "Christians are called to practice solidarity since God revealed himself to them as a God of solidarity".
In recent days, Cardinal Goh also presided over a thanksgiving Mass celebrated in the church of St. Joseph in Bukit Timah, in front of a festive assembly of more than 3,500 faithful, who came from all 32 parishes of Singapore. The celebration was also attended by Prime Minister Lee who, congratulating the Cardinal, expressed his wish to "work together with religious leaders in our multi-religious context, to always maintain unity and harmony in the country".
Among the other religious leaders present, the president of the Interreligious Organization of Singapore, Terry Kee, Pastor of the Lutheran Church, and the president of the Jain Religious Society of Singapore, Parresh Timbadia, declared that they share the commitment to interreligious harmony in the country.
Singapore, with a population of approximately 5.7 million, is a multi-religious and multi-ethnic city-state. Most of the Chinese are Buddhists, while the majority of Malaysians are Muslims. Christians represent about 15% of the population.
The Archdiocese of Singapore, which covers the entire island, has 360,000 Catholics divided into 32 parishes. (PA/SD) (Agenzia Fides, 15/9/2022)

VATICAN - Bishop Arrieta: the Agreement on the appointment of Chinese Catholic Bishops is not new in the history of the Church