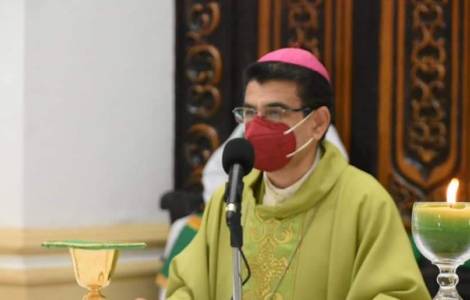 Matagalpa (Agenzia Fides) - The Nicaraguan diocese of Matagalpa reports the latest events: "On August 1 we received a letter from Mrs. Nahima Janett Díaz Flores, general director of the Nicaraguan Institute of Telecommunications and Postal service Office (TELCOR), in which informs us of the closure of Radio Hermanos, as it does not have a valid authorization since January 30, 2003". The text of the diocese informs the national and international community that in the meeting held with engineer Orlando Castillo, executive president of TELCOR, the Bishop of the diocese of Matagalpa, Monsignor Rolando José Alvarez, personally presented the requested documentation on June 7, 2016, requesting the necessary authorization for Radio Hermanos, Radio Santa Lucía de Ciudad Darío, Radio Católica de Sebaco, Radio Nuestra Señora de Lourdes de La Dalia, Radio Nuestra Señora de Fátima de Rancho Grande, Radio San José de Matiguas and Radio Monte Carmelo in Rio Blanco . This authorization request "has never been answered". All the documentation, the diocese still specifies, is available to TELCOR and to the national and international community. "Today we were informed that they have also closed Radio Nuestra Señora de Lourdes in La Dalia, Radio Nuestra Señora de Fátima in Rancho Grande, Radio Alliens in San Dionisio and Radio Monte Carmelo in Río Blanco".
The diocese concludes: "We will continue to report and denounce any situation that, like this one, continues to violate freedom of expression and religion in Nicaragua." For some time now, the regime of Daniel Ortega has taken repressive measures against the Church in Nicaragua, considered not aligned with power. Among them, the closure of the television channel of the Episcopal Conference; the withdrawal of the approval (agrément) of Archbishop Waldemar Stanislaw Sommertag, apostolic nuncio in Managua since 2018, and his departure from the country. In addition, Monsignor Leonardo Urbina, parish priest of Perpetuo Socorro in Boaco, was arrested for an alleged complaint of sexual abuse; Father Manuel Salvador García, the parish priest of Nandaime, was imprisoned on charges of exposing people to danger and allegedly assaulting a woman, and the legal status of 101 NGOs has been annulled, including the association 'Missionaries of Charity'. For this reason, the Sisters of Mother Teresa have had to leave the country. On the other hand, Monsignor Rolando Álvarez, Bishop of the Diocese of Matagalpa and Apostolic Administrator of Estelí, as well as Father Harvy Padilla, parish priest of San Juan Bautista in the city of Masaya, "live in a climate of anxiety for their personal safety and the impossibility of exercising their right to live and celebrate their faith in an atmosphere of peace and freedom" (see Fides, 23,24,30/5/2022). (SL) (Agenzia Fides, 3/8/2022)