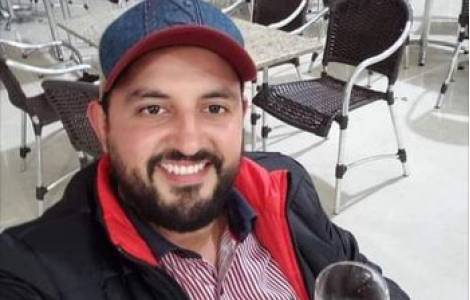 Asuncion (Agenzia Fides) - "The State must guarantee and protect the right to freedom of expression. This is all the more true in a scenario of great danger, otherwise organized crime, drug trafficking and atrocities will inexorably increase", said the Episcopal Conference of Paraguay in a statement published yesterday, September 7, on the murder of young journalist Humberto Andres Coronel Godoy.
The 33-year-old journalist was shot dead by two men on motorcycles on Tuesday September 6, in the town of Pedro Juan Caballero (Amambay), near his place of work, the radio station "La voz de Amambay", while he was getting into his car. Since June, Humberto Andres Coronel Godoy and one of his colleagues had received death threats. He had asked the police for personal protection, but was refused. The city of Pedro Juan Caballero is connected to Ponta Porá in Brazil by a connecting road and is considered a transit route for marijuana and cocaine from Bolivia to the urban centers of Sao Paulo and Rio de Janeiro. The territory is dominated by corruption and drug trafficking, the mayor of Pedro Juan Caballero was assassinated last May. With Humberto Andres Coronel Godoy, 20 journalists have already been murdered in recent years.
Deploring the escalation of violence and the recent murder "which is in addition to the many others that have taken place in the country", the bishops express their condolences on the death of the journalist "who was fulfilling his professional duty by informing the public".
"Violence destroys the harmony, respect and peace that our people need to achieve integral development and social friendship", the bishops conclude, "it has only sown the seeds of violence and hatred". Therefore, according to the bishops, every effort must be made to eradicate them, "and these efforts must be made by all citizens" and "we ask everyone to be builders of peace".
In a lengthy message on Independence Day, the President of the Paraguayan Bishops' Conference, Archbishop Adalberto Martínez Flores, denounced the country's widespread violence, emigration, poverty, corruption and impunity. "Democratic institutions are weak, drug trafficking and organized crime are on the rise", he lamented, and called on "all citizens and residents of the country, regardless of their nationality," not to let their joy and hope be stolen in order to face the challenges so that a new Paraguay can emerge" (see Fides, 17/5/2022). (SL) (Agenzia Fides, 8/9/2022)