ASIA/SINGAPORE - The Bicentennial of the Church ends: the Prime Minister praises the contribution of the faithful to society 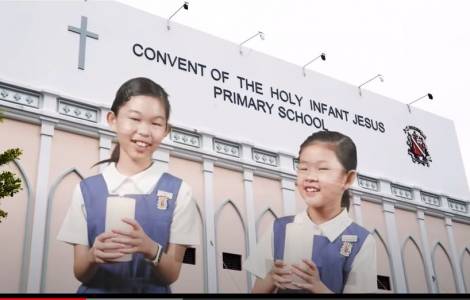 Singapore (Agenzia Fides) - Singapore Prime Minister Lee Hsien Loong has praised the Catholic Church for the contribution it has made to society and the country in two centuries of history. Participating, with other ministers, in the closing celebrations of the 200th anniversary of the presence of the Catholic Church in Singapore, on December 11 in the Cathedral of the Good Shepherd, Lee Hsien Loong underlined: "I am happy to be present. I watched a video about how Catholicism first arrived on our shores, and how the Catholic Church has contributed to our community for two centuries, through education, health care and social welfare". "In our multi-religious society - he added - Catholics thrive and coexist in harmony with the other religions. Congratulations to all Catholics here for reaching their bicentennial of presence in Singapore", he added.
In his homily, Archbishop William Goh thanked the government for its collaboration with the Church and urged the faithful to "continue to build a kind, compassionate and inclusive society, especially towards the poor". "We are called to give thanks for what the Lord is doing through our Church. While many people lose faith or a reference to spirituality, the recent census shows that we have grown over the past five years", he highlighted. From December 4-11, the "Catholic200SG Festival" held a series of cultural and liturgical awareness-raising initiatives, including theatrical activities, to celebrate the 200th anniversary of the Church's presence in Singapore.
The celebrations were also attended by the Minister of Culture and Youth Edwin Tong and the president of the Interreligious Organization "Rajesh R. Shah". "The works of the Catholic Church have been noteworthy, and have benefited all sectors of society with faith, love and charity", said Shah. Over the centuries, the Catholic Church has grown and developed: "The areas in which the community of the baptized has given and gives its contribution concern education, health, religious harmony and service to the poor", explains to Fides Fr. Valerian Cheong, co-president of the Commission for the bicentennial celebrations.
Fr. Cheong notes: "We share with the institutions the aspiration to increase the level of education and health care standards in this country. We wish to give our contribution in forming responsible citizens, oriented towards Christian values, for a better Singapore".
Speaking in the health care sector, Father Cheong recalled that on August 1 of each year, Nurses' Day is celebrated to commemorate the day when the Sisters of the Convent of the Holy Child Jesus began their service in the General Hospital of the Sepoy Lines in 1885.
According to the historical reconstruction of the Catholic Church of Singapore, Father Laurent Marie Joseph Imbert was the pioneer missionary, who arrived in the city-state on December 11, 1821. Four days later, the priest wrote to Bishop Esprit Marie Joseph Florens, Apostolic Vicar of Siam, who had sent him to Singapore: "I arrived in Singapore on the eleventh day and I visited the Catholics of this new settlement. They are only 12 or 13 in number and seem to lead a miserable life". A multi-religious and multi-ethnic country, Singapore has a population of 5.6 million. Christians are 15% and among them there are about 360,000 Catholics. (SD-PA) (Agenzia Fides, 16/12/2021) 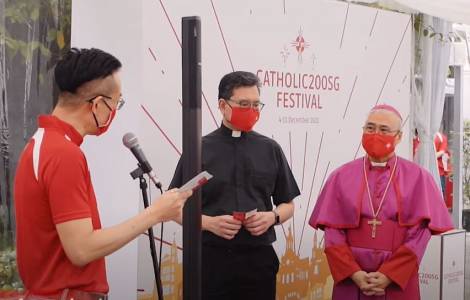 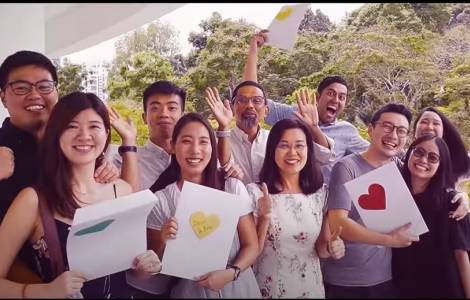 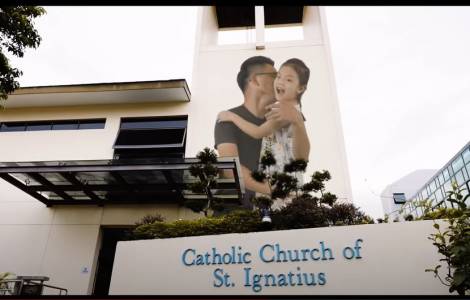