ASIA/AFGHANISTAN - Civil society leaders: violence increases, a UN mission is urgently needed to ascertain the truth about the attacks 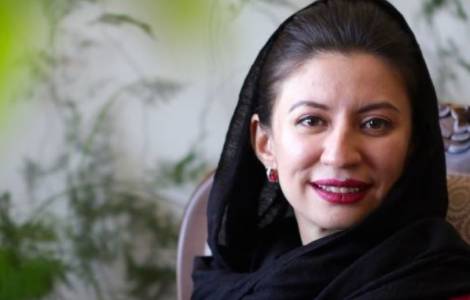 Kabul (Agenzia Fides) - "We ask for a United Nations mission to ascertain the truth about the recent attacks on civilians". With foreign troops on the path of withdrawal, the Taliban on the offensive, a weak government, growing violence and "very worrying future scenarios", in an interview with Agenzia Fides Shaharzad Akbar, at the head of the "Afghanistan Independent Human Rights Commission" (AIHRC), calls for a greater commitment from the international community". The sentences are no longer enough, they have no concrete effect. We need a UN mission that also acts as a deterrent", notes the woman. Shaharzad Akbar has been at the head of the AIHRC, a state body aimed at protecting human rights in the country, since July 2018. The leader raises the alarm: "There is no concrete possibility on the peace process, violence is increasing, the conflict is intensifying and so are the violations of civilian rights", she explains to Fides. The responsibilities are manifold. The Taliban are on the offensive, militarily capitalizing on the withdrawal of foreign troops agreed in the Doha agreement of February 2020, then confirmed on April 13 by US President Joe Biden. "There is credible evidence of attacks on civilians, killings of prisoners of war, destruction of infrastructure", said Akbar, who said she was especially concerned about the fury against civilians. In particular, the violence affects the Hazara community in the Shiite district of Dasht-e-Barchi, in Kabul. The appeal to the United Nations calls for special protection for this Shiite minority, persecuted at the time of the Islamic Emirate of the Taliban, now the target of the local branch of the Islamic State.
Shaharzad Akbar notes: "All Afghans are victims of the conflict. But the recent attacks highlight their objectives: civilian buses, weddings, shrines, religious ceremonies, schools. There is a clear intention to hit the Shiite community of the Hazara, precisely because of its identity", Akbar denounces. The government mechanisms of protection and search for truth are insufficient: the government "perhaps has the political will, but it certainly does not have the capacity to ascertain the truth about alleged war crimes".
The appeal to the United Nations was made public on May 9, the day after a triple attack against the students of the Sayed al-Shohada school in the Dasht-e-Barchi neighborhood: 90 victims. The following day, a delegation from the Kabul government, led by Foreign Minister Hanif Atmar, was in The Hague to convince the International Criminal Court to postpone - better still close - the opening of an investigation into war crimes and human right violations in Afghanistan. A mistake, for Akbar, who asks to ascertain the truth even on potential crimes committed by foreign troops: "There are credible accusations of crimes committed by US, Australian, British and other troops. We need full recognition of what happened". So far, she argues, there has been no real respect for human rights and justice: "One of the biggest failures of the international community has been that of rights and justice", sums up Shaharzad Akbar. "The international community has empowered people accused of war crimes. It treated them as allies. And one expected something right to come out of it". (GB) (Agenzia Fides, 9/7/2021)

ASIA/AFGHANISTAN - Without aid from abroad, the social situation can degenerate into civil conflict and humanitarian disaster