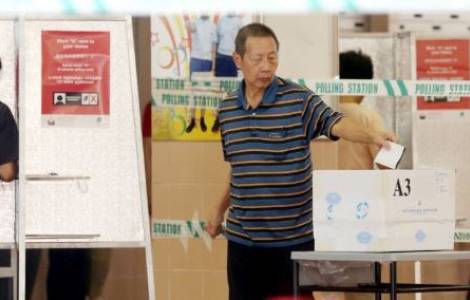 Singapore (Agenzia Fides) - The ballot boxes to elect parliamentarians of the 14th legislature since the "Lion City" has been an independent state (1965) begins today, July 10, in Singapore. With a unicameral parliamentary system, eleven parties in Singapore run for the 93 seats at stake in the Chamber, attributed with the "first past the post" system, a mechanism that favors those who take the highest number of votes in the circumscriptions. There are 192 candidates and you must be 21 years of age to vote. The members of the lists are 2.65 million citizens, out of almost 6 million inhabitants of a highly multi-ethnic society.
The victory of current premier Lee Hsien Loong and his People's Action Party (Popular Action Party, PAP) is taken for granted even if, in the last election, the opposition parties gained ground. It was not enough to hinder the many years of the PAP, governed essentially by the family of Lee Kuan Yew, father of Premier Lee Hsien Loong. His younger brother, Lee Hsien Yang, instead militates in the ranks of the opposition Progress Singapore Party. Only for a period the city-state was not ruled by a Lee: when Goh Chok Tong was premier from November 1990 to August 2004. Then it was Lee Hsien Loong's turn. His successes are beyond doubt: economy, finance, wealth, technological innovation and even political stature. Among observers, the "dynastic" management of politics in Singapore has always raised objections precisely for the lack of spare parts and for an authoritarian vocation that has never been denied. According to analysts, for the opposition the favorable moment has not yet come, indeed Covid-19 seems to have helped the government for its ability to govern the pandemic.
The opposition has therefore been unable to form a coalition that could challenge the PAP. The largest opposition party - the "Workers Party" (WP), of social democratic inspiration - will try to keep its 9 parliamentary seats (against the 82 of the PAP) focusing on young people, social well-being and migrants. But not in the sense in which one would expect from a Social Democratic party: the WP, in fact, wants to limit the number of immigrants in the city-state which, according to the party's thesis, would decrease the privileges of the residents. The crisis broke out precisely because of Covid-19: locked up in a sort of "ghetto-dormitory", an outbreak of coronaviruses among the approximately 300,000 migrant workers that risked jeopardizing the entire management of the pandemic. The city-state employs nearly one and a half million migrant workers and Covid positives numbered 25,000 in April. But the solution proposed by the WP is not practicable in a country that has made its fortune thanks to the work of immigrants, to whom Singapore owes much of its success.
Among the migrants, there are many Catholics (who have come from the Philippines and other Asian countries) who work as domestic collaborators, to whom the Catholic Church of Singapore dedicates attention and pastoral care. Some of them are engaged in ecclesial movements such as "Couples for Christ", Singapore or in the pastoral initiative "Abundant and Better Life Abroad", which aims to allow foreigners to lead a prosperous and happy life, albeit far from their homeland. (MG-PA) (Agenzia Fides, 10/7/2020)