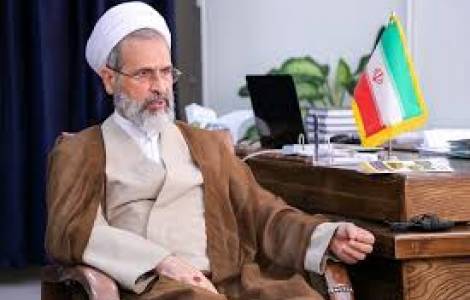 Qom (Agenzia Fides) - Thanks for the concern shown by Pope Francis for the poor and needy in the time of the pandemic, and the proposal to "intensify" collaboration and exchange of experiences with Catholic institutions, in order to "create a community of celestial religions at the service of humanity". These are the key messages contained in a letter addressed to Pope Francis by Iranian Ayatollah Alireza Arafi, Rector of the Al Mustafa International University of Qom, on behalf of the Seminary of Iran and of the professors of that prestigious Shiite academic community.
The misfortune of the spread of the coronavirus reads the letter, sent to Agenzia Fides "has caused suffering for Countries and nations", also upsetting scholars and religious leaders. Religious teachers and their students, in Qom and throughout Iran - writes Ayatollah "invoke God's mercy for those who have lost their lives and healing for those who are sick", and "express their gratitude for the Pope and for all those who care about the weak and needy", while underlining the importance of following the plans outlined by the recommendations of experts and scientists". "According to the logic of revealed religions", reads the message "natural disasters are alarming phenomena that test humanity" and also represent a circumstance in which "to deepen one's origin and the possibility to resurrect" in which a fruitful spirit of empathy and dedication can also emerge. A correct approach to such accidents - explains Iranian Ayatollah - must avoid lying contradictions between science and religion, and must also instill in leadership groups the concern to promote social cohesion. Religious leaders and theologians - notes the high Shia exponent - have the additional responsibility to strengthen the foundations of their faith "protect society from anomalies and contaminations, keep in mind the eternal power of the Almighty God, promote prayer in the presence of God", to face together other contemporary emergencies such as "injustice, discrimination, inhuman sanctions, environmental crises, war, terrorism, production of instruments of mass destruction".
Ayatollah Alireza Arafi proudly adds that in Iran "in these days we have witnessed indescribable manifestations of popular solidarity and voluntary mobilization" which has united government institutions and people of all religious groups, and has seen nurses in the front row, doctors, students, academic elites and many young people, "under the guidance of the supreme leaders of the Islamic Revolution", and concludes by announcing that professors, scholars and students are ready to intensify scientific, cultural exchange and experiences of mutual support, opening a new chapter of collaboration "in a special world Catholic institutions", so as to form a "community of revealed religions at the service of humanity". (GV) (Agenzia Fides, 4/4/2020)