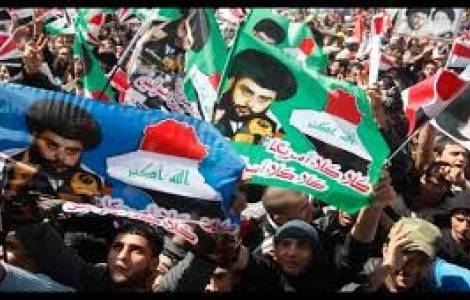 Erbil (Agenzia Fides) - The shadows of civil war loom again over Iraq and some of the small and divided political parties, led by Christian politicians, are trying to find forms of coordination to face together the new threat. In the last few weeks, representatives of several parties founded and led by Chaldean, Assyrian and Syrian Christians have met several times in Erbil (Autonomous Province of Kurdistan) to work out common political strategies and proposals, given the confrontation with the institutions and the political majority blocs that shape the distorted political scene in Iraq. The most recent meeting, held on Saturday, September 3, at the Assyrian Party headquarters, was also attended by representatives of the Patriotic Union of Mesopotamia (Huyodo Bethnahrin Athroyo, HBA) and the Assyrian Democratic Movement (Abnaa al-Nahrain).
The participants expressed the intention of forming a joint delegation to meet with politicians and representatives of the institutions and of the Churches in Iraq to explain the expectations and demands of these political groups, which are in some way linked to the Christian communities.
In an interview with "Suroyo TV", Josef Sliwa, from the HBA, reiterated, among other things, the criticism of the handling of the so-called "quota system", which guarantees 5 of the 329 seats in parliament for candidates of the Christian faith.
Sliwa also hoped that new political elections would be called soon, after the long paralysis following those held in October 2021, which due to the clash between the political bloc led by Shiite leader Muqtada al Sadr and the pro-Iranian Shiite parties has prevented to establish a new government and elect a new President.
Shortly after the elections of October 2021 (see Fides, 21/10/2021) controversies and controversies arose around the distribution of the five seats in Parliament using the quota system. Josef Sliwa himself went so far as to say that the five new MPs who were given quota seats do not represent Iraqi Christians, as he believes 90% of the votes cast for them are not from Christian voters. With his criticism, Sliwa once again questioned the large political groups of Shiite and Kurdish origin, which allegedly diverted part of their votes to the candidates for the Christian seats in order to place MPs who corresponded to their own political strategy.
Some voices in the Iraqi political scene are of the opinion that the instability and paralysis that has characterized Iraq since the fall of Saddam Hussei's regime is partly due to the "quota system" applied in Iraq, which also reflects a distribution of institutional positions the criterion of belonging to different ethnic-religious communities.
In late July, after activists from the political coalition led by Muqtada al Sadr (who won a relative majority in the October 2021 elections) occupied parliament as an act of force to overcome the stalemate that prevented the formation of a new government, Chaldean Patriarch Louis Raphael Sako, in an appeal also published by Fides (see Fides, 2/8/2022) pointed out that the sectarian approach and the so-called "quota system" had led to "corruption and injustice". In his appeal, the Iraqi cardinal called on party representatives to look for "new approaches and new ways" to create an efficient political system in which institutions are placed at the service of the people and not at the service of party interests . On several occasions, however, Patriarch Sako has also denounced the fragmentation of political acronyms run by Christian politicians. (GV) (Agenzia Fides, 6/9/2022)