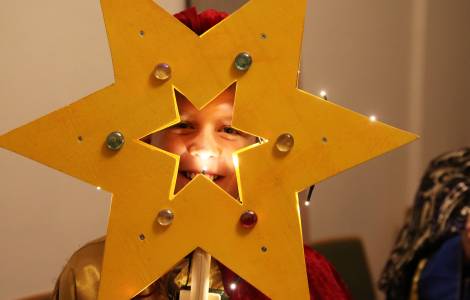 2022-10-01
In search of witnesses of Christ, in the footsteps of Pauline Jaricot

Agenzia Fides (Fribourg) - "I like to make others happy; it is nice when we knock on doors and people see us and start to smile; we can support projects with the work of the Star Singers and help other children. This makes me happy; I like to sing together!". These are just some of the comments from children and adolescents who participate in the action of the Star Singers, organized by the Swiss Pontifical Mission Societies (Missio Switzerland). It is a very old tradition that has its origin in the Gospel of Matthew, specifically in the passage in which it is narrated that the Magi, who came from the East to adore the Child Jesus, allowed themselves to be guided by the Star. This passage from the Gospel of Matthew inspired the so-called "Christmas dramas" of the 14th century, represented by children who went from house to house, dressed as the Three Kings, with the star on their shoulders, singing Christmas carols and receiving some money as an offering. The sixteenth century marked the development of this tradition with Christmas carols accompanied by a blessing offered as a sign of good wishes for the coming year. This practice took deep root in the Alpine countries and, although with the expansion of Protestantism it was prohibited and in the 19th century it was outlawed as a form of begging throughout northern Europe, at the beginning of the 1920s it was resumed again.
"Today it is said that it is the largest solidarity action in Europe carried out by children for children", explains Sonja Lofaro, responsible for Missionary Childhood of Missio Switzerland, to Agenzia Fides. In fact, the children who participate, usually between the ages of 6 and 14, not only dress up as the Three Wise Men, sing Christmas songs and bring blessings to homes (Christus Mansionem Benedicat - May Christ bless this house), but also raise funds for charitable works intended for other peers. This activity takes place from November to January 6, the "highlight" of the initiative.
“Our Star Singers are not professional choristers, but 'sent' by the Swiss Bishops' Conference to carry the Christmas message and, at the same time, learn to give a little of themselves for others. Above all, they learn to act in community, to pursue an objective; reflect on the Christmas message and are trained on a project, a different theme from one year to the next and a new country", explains Sonja Lofaro, who adds:
"Everyone learns to recognize what they can do best and what they can improve. Some sing, some play, and some just smile. They also learn to be grateful for what they have (hot water, a house, food three times a day), compared to other children who live in countries with very different situations from their own."
This year, on December 13, the three Swiss linguistic delegations (German, French and Italian) of the Star Singers were received at the Federal Palace. It had not happened for 14 years, and all the participants experienced the occasion with emotion, but also as a tangible sign of unity, beyond languages and cultures.
"For all the Star Singers - says the person in charge of Missionary Childhood of Missio Switzerland - it is also very significant to see the reaction of the people when they go from house to house. There are those who open the door and those who don't. It is important to learn to handle a 'no' from someone and to respect it. There are many children who say that it takes courage to knock on the door of strangers. Most of the people, however, I have to say are very happy to see this group of smiling children with this message that they carry above all in their hearts.
Also this year, on January 1, a delegation of Star Singers from Germany, Switzerland, Alto Adige, Hungary, Slovakia will participate in the Mass presided over by the Holy Father. The Swiss delegation from Lütisburg, in the Canton of San Gallo, accompanied by theologian Michael Steuer and Beatrice Wagner, will be in Rome from December 29. Sarina, Christina, Leona and Madlen will represent the more than 10,000 children who participate in the annual Star Singers action in Switzerland. Among the planned visits are those to the headquarters of the Pontifical Mission Societies, a visit to the Swiss cardinal Kurt Koch, the Swiss Embassy to the Holy See and the Swiss Guard, together with the other delegations. (EG) (Agenzia Fides, 23/12/2022) 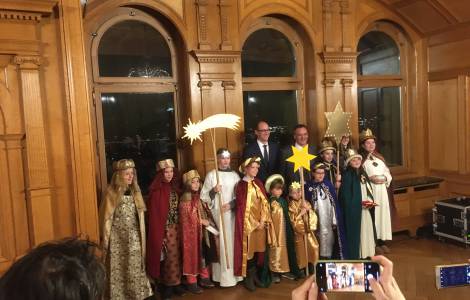 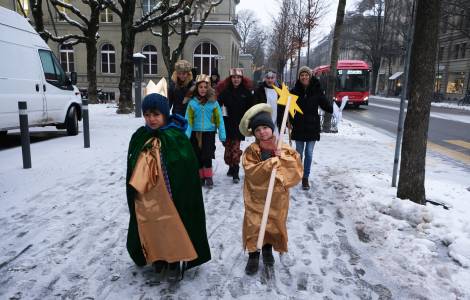 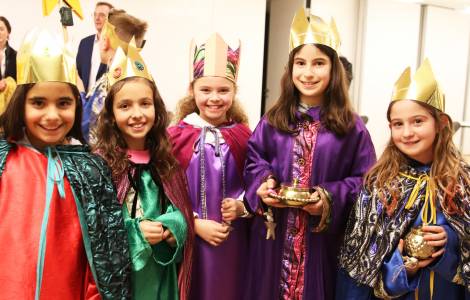 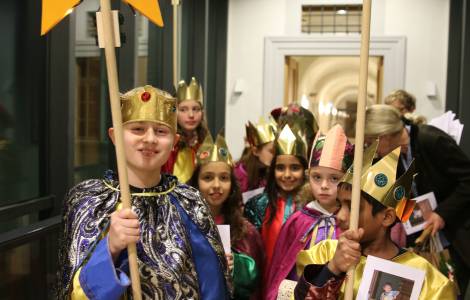 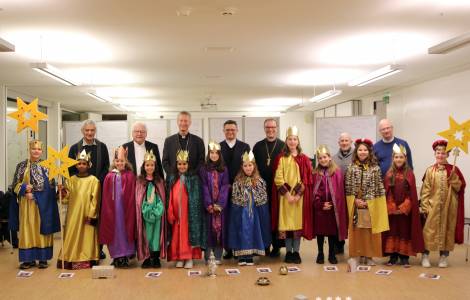 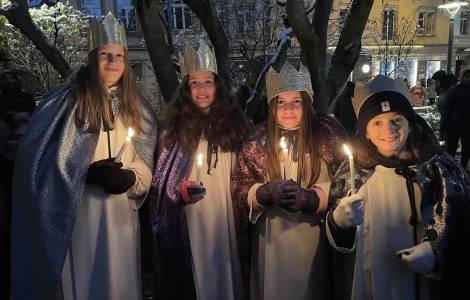 ASIA/CHINA - Christmas time for Chinese Catholics. When the light of Jesus crosses the days of pain

ASIA/PAKISTAN - Interreligious meetings and closeness to the poor: the spirit of Christmas

ASIA/KAZAKHSTAN - A new Center for children with Down syndrome in Almaty, the result of "constructive dialogue" between the Church and civil institutions

EUROPE/AUSTRIA - Benedict XVI to Missionary Childhood: "I see in you little collaborators at the service that the Pope provides to the Church and to the world"