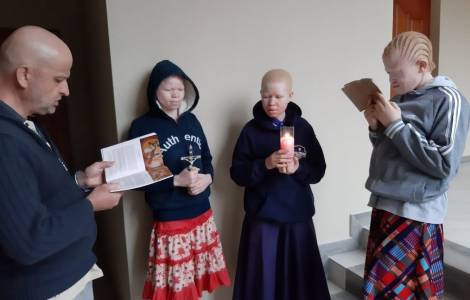 2022-11-21
400 years of Propaganda Fide: "let us ask God for the gift of a strong faith, following the example of the first missionaries

2022-11-08
Ecosystem damage continues as the country is engulfed in flames, just days after an incident on Lake Victoria

Mwanza (Agenzia Fides) - In the new building of the Society for African Missions in the city of Mwanza, fourteen boys and girls find a safe home, quality education, good living conditions, but above all the affection and love of a community that welcomes vulnerable young people and children, especially those affected by albinism. Father Janusz Machota of the Polish Province reports that violence against people affected by albinism is increasing in the African country. "There have been numerous attacks against them - says the missionary -. Some have been maimed or even killed. These attacks are fueled by a monstrous ideology that claims that part of an albino's organs used in some witchcraft rituals will bring someone good luck in business or even electoral success".
The "Tanga" project, which means "sail" in Swahili, aimed to create a real home and not an institution, a home with a family spirit. "The priority of our project," explains Father Machota, "is to help the most needy, vulnerable and marginalized children, such as the albinos. They not only struggle with the terrible ideology and aggression towards them, but also with many other health problems: vision problems and especially with the most dangerous of all, skin cancer, which is exacerbated by the strong African sun. People with albinism generally have fewer opportunities to get a good education and a job. Many of them will never start a family of their own".
The missionary underlines that Tanga will not only host a small group of disadvantaged youth, but will work for their full protection, promotion and integration into Tanzanian society. "In doing so, we want to address the causes of their exclusion from society and the violence directed against them, in order to find concrete solutions to these problems and bring about real changes in their lives. Our house will be a center for various creative activities, not only for residents, but also for the children and young people in our neighborhood. We have planned free educational programs, games, theater and competitions. It will be a place for building bridges and for real and profound integration, a house on the hill that wants to make a difference. Equipping children and young people with good sails, directing their lifeboats in the right direction, so that they can take advantage of the favorable winds and sail on the journey of life, is the very aim of this place. It is no coincidence that the building was designed to accommodate fourteen and not forty young people, accompanied by two permanent supervisors and some volunteers. We wanted it to be one big African family and not a boarding school or a dormitory".
"There are certainly difficult tasks ahead of us," concludes Father Machota, "but building a real family is more important than the construction work and fundraising. The sailing ship named Tanga embarks on the voyage of a lifetime, from the port of Mwanza towards unlimited horizons to bring our children and young people to the realization of their dreams". (JM/AP) (Agenzia Fides, 31/8/2022) 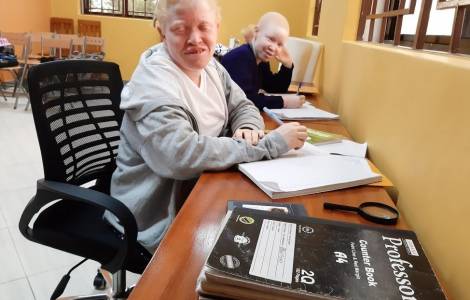