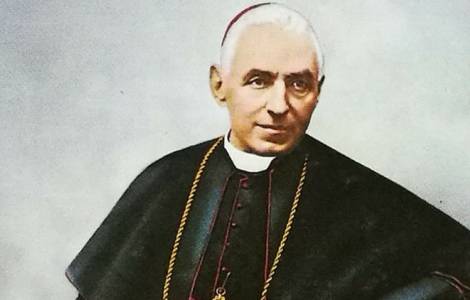 Rome (Agenzia Fides) - Called by the United Nations, World Refugee Day is celebrated on June 20 to commemorate the approval in 1951 of the Convention relating to the Status of Refugees by the General Assembly of the United Nations. According to the United Nations High Commissioner for Refugees (UNHCR), the estimated number of refugees this year will be the highest in 50 years: around 100 million worldwide. Wars, the 34 ongoing conflicts on the continents, environmental disasters, hunger, trafficking and exploitation are forcing more and more people and entire families to leave their country to seek protection and asylum elsewhere. Faced with this phenomenon of the time, State policy did not show the same foresight and the same sense of the concrete as Blessed Giovanni Battista Scalabrini (1839-1905), Bishop of Piacenza, founder of the Missionaries of Saint Charles Borromeo as well as the inspiration of the Secular Missionaries Scalabrini, who all share the same specific mission of the pastoral care of migrants. Monsignor Scalabrini has been defined as the "Apostle and Father of migrants" for his commitment to those who left Italy for the Americas in search of fortune and a better life. His spiritual children pursue this mission today in all latitudes. "Scalabrini was a model for the world and still is today, in a global world divided by incomprehensible walls. His passion for migrants is a key to interpreting the contemporary world which has its foundation in the message of Christ" , reaffirmed the Superiors of the three Scalabrinian Institutes in a joint letter for the recent Scalabrinian Year. During his May 21 audience with the Prefect of the Congregation for the Causes of Saints, Cardinal Marcello Semeraro, the Holy Father Francis approved the favorable opinion of cardinals and bishops for the canonization of Blessed Giovanni Battista Scalabrini. The date will be fixed at a future Consistory. "The announcement of the proclamation of the holiness of Monsignor Scalabrini by Pope Francis has filled us with joy - says to Agenzia Fides Fr. Leonir Chiarello, CS, Superior General of the Missionaries of Saint Charles, known as name of Scalabrinians: "For us, his missionaries, the Founder has always been a saint. We began to know him when we were young, when we read his biography. During our novitiate, we had more time to immerse ourselves in his thought and his writings. But above all, as missionaries, we got to know him through work in the field, trying to put into practice his ideas, his basic principles on how to be alongside migrants. For this reason, in our experience, Scalabrini has always been a saint".

What importance do you give to the Pope's choice?

"With this recognition, the Holy Father points out to the Church the figure of a Bishop who knew not only how to dedicate himself entirely to his ministry in the diocese, but also to look beyond, towards the needs of those who have been torn from their homeland to find some hope elsewhere". The Church has already made Scalabrini's concern for migrants its own, with Pius X, but with this canonization the Holy Father wants to accentuate even more the timeliness of this pastoral concern, on which he has expressed himself on several occasions".

What can migrants expect from this canonization?

"We hope that the canonization of Scalabrini will make a difference for migrants and refugees. Thrown on the roads of an exodus, sometimes chosen for lack of alternatives, often forced by violence, as we are witnessing dramatically these days- here, thinking in particular of the refugees from Ukraine, they need all the help they can get. And when you are in despair, the image of a saint who knew how to understand and help can keep hope alive. proclaiming Scalabrini a saint, the Pope tells migrants to turn to him and trust his intercession because he knows how to understand them and be close to them, just as he understood and was close to the Italians who emigrated in the 19th century".

Can canonization mean anything to heads of state and government?

"The Pope also sends a message to States and to civil and political communities, especially those in countries that are more economically developed, but perhaps impoverished in narrow views and unable to welcome the other, which is seen more as a threat only as a resource. By proclaiming Saint Scalabrini, who foresaw many years ago that migration would be a primary force in the transformation of the world and could make the world the homeland of all, the Pope wants to invite greater welcome of migrants, who do not want to be a burden but help in building the future".

And to his spiritual children?

"Canonization also makes a difference for us, the Scalabrinian missionaries, because it makes us more responsible in trying to follow his vision and above all in listening to his heart, trying, like him, to give ourselves entirely to our mission and to become companions of those who are elsewhere or on the run". (SL) (Agenzia Fides, 20/6/2022)