AMERICA/BOLIVIA - Franciscan religious killed in church after the Easter vigil 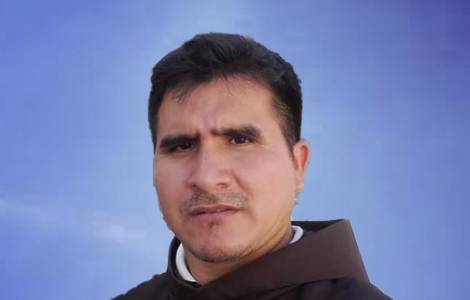 La Paz (Agenzia Fides) - "Given the news of the robbery in the convent of San Francisco in the city of Santa Cruz and the violent murder of Friar Wilberth Daza Rodas OFM, our Church is in mourning and dismayed by the events that have occurred", writes the Bolivian Episcopal Conference in the statement published on April 17, entitled "Against all forms of violence". The Bishops ask for a clear and precise investigation as soon as possible that leads to the clarification of the terrible events. At the same time they denounce "the culture of violence that is growing in Bolivia" as seen by femicides, robberies, murders, citizen insecurity, and invite all the Bolivian people to commit themselves and work "for a culture of peace, where we can all live in fraternity".
Expressing closeness, solidarity and prayers for the family of the religious and for the Franciscan Order, the bishops hope "that the light of the Risen Jesus Christ shines in our hearts and in our world where there is so much darkness, suffering and death".
According to information gathered by Fides, the 42-year-old Franciscan religious was murdered on the night between Holy Saturday, April 16, and Sunday 17, Easter, by thieves who entered the church after the Easter vigil. They did not hesitate to hit Friar Wilberth with a blunt object and kill him. His body was found on Easter morning by a parish worker.
"The Church of Santa Cruz de la Sierra expresses its heartfelt condolences to the Daza Rodas family and to the Franciscan Minor Order of the Missionary Province of San Antonio in Bolivia, for the violent death of Friar Wilberth Daza Rodas OFM", wrote the Bishops, priests, men and women religious and pastoral workers of the Archdiocese of Santa Cruz in a statement.
Friar Wilberth was born in Machareti, Sucre, on September 26, 1979. He made his first vows on February 1, 2004, in the Franciscan Minor Order of the Missionary Province of San Antonio of Bolivia and solemn profession on March 14, 2009. He carried out his missionary work in Sucre, Cochabamba, in Copacabana - La Paz, Machareti, San Javier and in the city of Santa Cruz de la Sierra, in the Church of the Convent of San Francisco. He was currently bursar of the Convent of San Francisco. "We ask the entire Church of Santa Cruz to raise its prayers for the soul of Friar Wilberth Daza Rodas OFM, so that he may reach eternal rest in the arms of our heavenly Father", exhorts the Archdiocese.
In his message of condolences, Friar Massimo Fusarelli, OFM Minister General, remembers Friar Wilberth as "a humble and helpful brother, who met his sisterly death after celebrating the One who defeated death". "Many times we do not understand the meaning of what is happening to us and we cry out to God our pain and our doubts. But we also ask him for a firmer and deeper faith".
According to local media reports, the Bolivian police have identified the person who killed the priest: a drug addict who frequented the church and knew the environment. (SL) (Agenzia Fides, 20/4/2022)