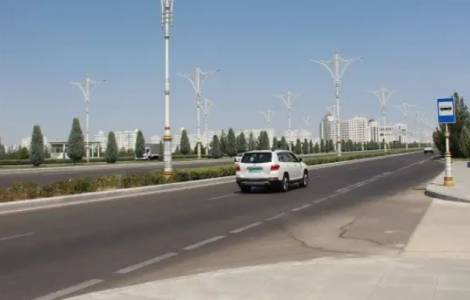 Ashgabat (Agenzia Fides) - The presence of the Catholic Church in Turkmenistan "is a very humble little flock in a land with an Islamic majority and for this reason it must keep a low profile, but this does not represent a limit for the proclamation of the Good News of the Kingdom of God". This is what Father Andrzej Madej, of the Oblates of Mary Immaculate (OMI), Superior of the Missio sui iuris of Turkmenistan, tells Fides. Speaking at the recent webinar "The mission of evangelization in Central Asia in times of Evangelii Gaudium - Context, difficulties, perspectives", promoted by the Pontifical Missionary Union, Father Madej points out that the celebration of the liturgy in various languages represents the first and most important aspect for evangelization: "Every Sunday we celebrate the Eucharist in Russian and in English in our chapel in Ashgabat, for diplomats and workers from other countries, but we also read the Gospel in Turkmen, because we realized that the Russian language is spoken less and less today. We also have a catechumenate path, which sometimes lasts up to three or four years, because if we realize that people are not ready, we prefer to wait before administering baptism. We often organize meetings in the homes of Catholic families, we promote meetings dedicated to children, we visit people in hospitals and nursing homes. We also go to other cities and villages, sometimes even just to make friends".
In addition to the more traditional forms of evangelization, there are initiatives that recall that "missionary creativity" to which Pope Francis refers in "Evangelii Gaudium": "It may seem strange, but one of the means that allow us to speak about God to the people of Turkmenistan is a car: people often ask us for a 'ride' and this represents a wonderful opportunity to talk to them about God. We take the opportunity at any time to proclaim the Gospel, for example during diplomatic receptions in which I take part as 'attaché' of the Vatican; or during television interviews that we release or during weddings and funerals, when the floor is given to those present to congratulate the bride and groom or remember the deceased person. People listen with interest: everyone wants to talk about faith, conscience or religion. There is a lot of attention to what Catholic priests have to say".
The area surrounding the chapel of the Transfiguration of the Lord, in the capital Ashgabat, is also used as an opportunity where to meet: "In our courtyard, in an area very close to the road, we built a grotto dedicated to Mary Immaculate and we noted with great joy that Muslims also stop there to pray. Furthermore, we have organized a space where children and teenagers can circulate safely with their bicycles or can leave them in custody, like a real parking lot. In this way, even those who are not Catholics have the opportunity to get closer and get to know us", concludes the Superior.
The Turkmen Catholic community is made up of about 250 faithful, who gather in the chapel of the Transfiguration of the Lord, in the capital Ashgabat. Two Oblate priests of Mary Immaculate lead this small group. The local Catholic Church was born again in 1997, when John Paul II established the Missio sui iuris of Turkmenistan. For thirteen years, the presence of the Oblates was admitted only as a "representation of the Vatican Embassy". At first, people met in private homes and mass was celebrated in the diplomatic territory of the Apostolic Nunciature of Ashgabat. In 2010 the Turkmen government officially recognized the Catholic presence. (LF-PA) (Agenzia Fides, 18/10/2021) 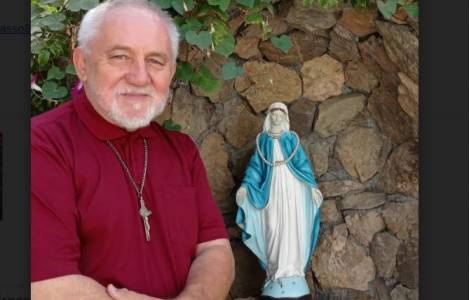