AMERICA/EL SALVADOR - Archbishop Escobar Alas: no to constitutional reform according to an international project on abortion and euthanasia 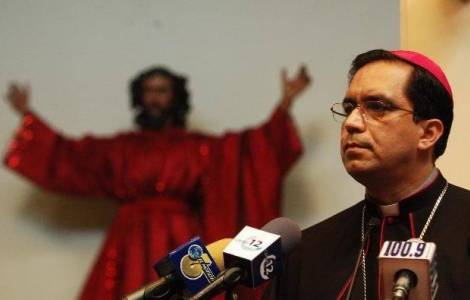 San Salvador (Agenzia Fides) - The Archbishop of San Salvador, José Luis Escobar Alas, disapproved last Sunday, September 26, of the constitutional reform proposals in which reference is made to abortion and euthanasia. "It is sad that they are trying to present to the Assembly a project that follows the patterns, which we know well, of an international agenda promoted by the UN and other international organizations, to impose abortion on us, the legalization of abortion, which they do not even call that but 'reproductive health' or 'interruption of the gestational process', and other things like that that have been invented to confuse people", said Mgr. Escobar Alas.
The Archbishop assured that politicians are aware that "the political Constitution has flaws", such as the protection of illicit enrichment, the negation of "participatory democracy", which is ordered, according to the Archbishop's analysis, to representation "by the only vehicle that are political parties", and the protection of civil servants.
The Church is confident, continued Archbishop Escobar Alas, that President Bukele will keep his word, given that on September 17, he pledged not to accept reforms that support abortion and euthanasia. "I have decided, so that there is no doubts, not to propose any kind of reform to any article that has to do with the right to life (from the moment of conception), to marriage or euthanasia", Nayib Bukele, President of El Salvador, posted on his social networks. The Archbishop hopes that this commitment and this decision of the President will materialize, otherwise it would be "a great failure". Constitutional reforms can be introduced on the basis of Article 248 of the Constitution itself, which states that these reforms must be approved by the Legislative Assembly with 43 votes (half plus one of the deputies). For this reform to be implemented, it must be ratified by the next Legislative Assembly, with the vote of two thirds of the deputies, or 56 votes, and the reform can be proposed by at least 10 deputies. (CE) (Agenzia Fides, 29/9/2021)

OCEANIA/AUSTRALIA - No to euthanasia, "compassion never kills": petition by Catholics and street demonstrations

AMERICA/VENEZUELA - Bishops appeal in defense of great human values, against the imposition of the "culture of death"