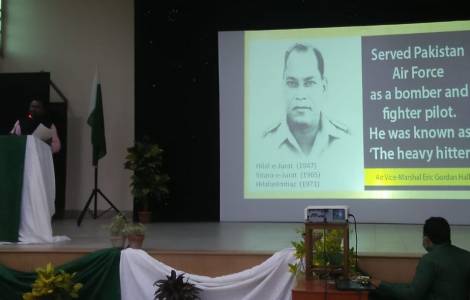 Karachi (Agenzia Fides) - "We must encourage our fellow citizens to remain faithful to our Homeland as were our Christian heroes of the Armed Forces in Pakistan, who bravely fought and gave their lives for our beloved country. We are part of one nation and we work for the good of our community and our country. And we can only do it with love": this is what Monsignor Benny Mario Travas, Archbishop of Karachi said during a meeting organized yesterday, September 6, by the "Justice and Peace" Commission of the Archdiocese of Karachi to celebrate "Defence Day", in which the country pays tribute to the Armed Forces and to those who died. In this context, the meeting intended to pay homage to Christian soldiers, who died or were martyred especially during the wars of 1948, 1965 and 1971. Quoting Mother Teresa of Calcutta after receiving the Nobel Peace Prize in 1979, Archbishop Travas said: "If you want to change the world, go home and love your family", underlining the importance of each person's personal contribution for the construction of love, peace and for the development of the country.
The Archbishop further stated: "We must love one another, and this is how we will be able to promote peace at home, among families and in society. Reflecting on the Day dedicated to the Defense Forces - continued the Prelate - I realized that, as Shepherd of Karachi, I am called to provide good physical and spiritual food to the flock of Jesus Christ, and to defend it in order to keep it in unity and peace". Defence Day is celebrated as a National Day in Pakistan on September 6 to commemorate the sacrifices made by Pakistani soldiers in defending its borders. The event organized by the "Justice and Peace" Commission, in particular pays homage to the heroes of religious minorities who served in the Armed Forces. Kashif Anthony, diocesan Coordinator of the CCJP, recalled the many Christian soldiers enrolled in the Pakistani army and air force during the years of wars fought by Pakistan. He presented their stories, highlighting their commitment, courage and heroic sacrifice. Among the many military officers mentioned, there are Deputy Marshal Eric Gordan Hall, Nazir Latif, Captain Cecil Chaudhry, Commander William Desmond Harney, Peter Christy, Mervyn Leslie Middlecoat, but hundreds of soldiers of Christian faith or Hindus, who gave their lives for their homeland.
Anthony Naveed, a Catholic member of the Sindh Provincial Assembly, said: "Our predecessors contributed to the founding and development of Pakistan. It is urgent to make known to our young generations the contribution of Christians to the creation and growth of the nation". And he added "I also propose that the stories of our heroes be included in the National Curriculum to make known to all citizens of Pakistan the contribution of citizens belonging to religious minorities: this will serve to increase mutual respect, peace and harmony".
Jai Pal Chabbria, a Hindu member of the National Commission for Minorities of the Government of Pakistan, speaking to the assembly said: "There are 58 important non-Muslim war heroes who represented Pakistan's army and air force. They are not only our pride, but also the pride of all of Pakistan. Remembering today means stressing the urgency of giving equal rights to non-Muslims, as citizens of Pakistan not as religious minorities".
Zahid Farooq, a Christian committed to human rights, said: "I urge the leaders of religious minorities to take initiatives like this to pay tribute to those who have played a vital role in the development of the country, in the fields of education, health, armed forces or any other professional field". (AG-PA) (Agenzia Fides, 7/9/2021) 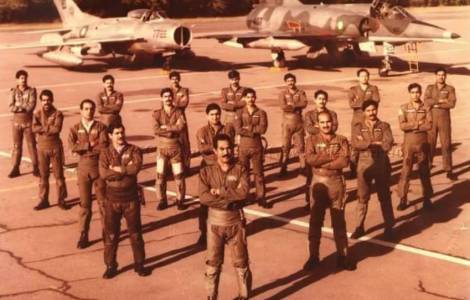 AFRICA/NIGERIA - Bishop of Orlu: "The military assault on the market of Eke Ututu risks alienating the support of the State from the population"