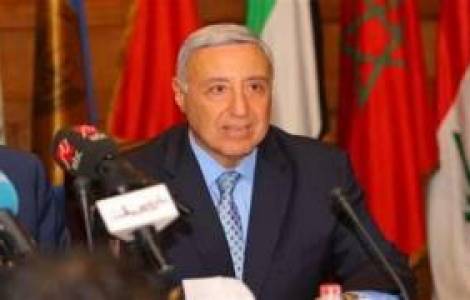 Cairo (Agenzia Fides) - Egyptian President Abdel Fattah Al Sisi has appointed Coptic Christian judge Boulos Fahmy, currently vice-President of the same institution, as President of the Supreme Constitutional Court of Egypt. The new President takes over from Judge Said Marei Amr, who resigned for health reasons, Republican decree n° 51 of 2022, signed by President al Sisi, establishes that the new holder of the post will assume full exercise of his functions starting from today, Wednesday, February 9.
Boulos Fahmy, 65, is the first Coptic Christian to occupy the top position of the Constitutional Court since its creation. He was born on January 1, 1957 and is currently the fourth member of the Court by order of seniority.
Appointed to the Public Prosecutor's Office in 1978, he became a judge of the Court of Appeal in 1997 and then Head of the Court of Appeal in 2001. The Coptic judge exercised the role of deputy. President of the Constitutional Court since 2014, after having held the same office for the first time from 2010 to 2012.
The new President of the Supreme Constitutional Court is the author of numerous books and research of a legal nature, and in the past received several consultant positions from ministries and government institutions.
The Supreme Constitutional Court of Egypt is an independent constitutional judicial body of the Arab Republic of Egypt, established in 1979, replacing the Supreme Court created ten years earlier by President Gamal Abd el Nasser. The main function carried out by the Court is to verify and confirm the constitutionality of laws and regulations issued by the Egyptian authorities. The Constitutional Court is also the supreme instance to be used in the event of conflicts of jurisdiction, and is called upon to resolve the contradictions between judgments issued by the judicial authorities.
Article 2 of the current Egyptian Constitution, which came into force in 2014, recognizes the "principles of the Islamic Sharia" as the "main source of legislation". After the 2011 Revolution, in the parenthesis in which the government was led by the Muslim Brotherhood, the Supreme Court represented one of the main institutional factors of opposition to the rigid Islamization programs of Egyptian legislation.
The Egyptian media presented the appointment of Fahmy as head of the Constitutional Court as yet another sign of the will of President al Sisi to guarantee Christians the possibility of accessing the top management of Egyptian institutions. Meanwhile, as reported by Fides (see Fides, 11/1/2022), the Egyptian Parliament is preparing to approve the new law on the personal status of Christian citizens. A law awaited for decades by the Coptic Orthodox Church and by the other Churches and ecclesial communities present in Egypt, which will also contain relevant provisions on delicate issues relating to family law.
The involvement of the Churches and ecclesial communities present in Egypt in the long process for the drafting of a new law on personal status had already begun in 2014 (see Fides, 22/11/2014). Already at the time the Ministry of Justice had submitted a draft of the law to the leaders of the various Churches, with the request to study the text and to send their own considerations on the matter in a short time. The time required for drafting the draft was lengthened especially due to the negotiations aimed at guaranteeing the formulation of a text which, although unitary, would still protect the different ecclesial approaches to matters such as marital separation and divorce, regulated differently by the various Christian confessions. (GV) (Agenzia Fides, 9/2/2022)