EUROPE/ITALY - On Sunday, July 11, the feast of St. Benedict: the Italian parishes in prayer for the dead migrants 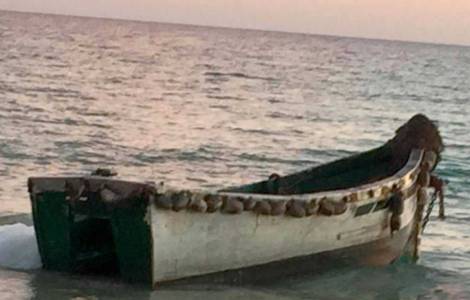 Rome (Agenzia Fides) - The tragedies that continue to occur in the Mediterranean and along the various sea and land routes are shaking consciences and asking us to look clearly at the phenomenon of migration. "The Mediterranean has become the largest cemetery in Europe", Pope Francis said at the Angelus on June 13, adding the following Sunday (20 June): "Let us open our heart to refugees; let us make their sorrows and their joys our own; let us learn courageous resilience from them!".
According to the World Organization for Migration, 632 people died in the central Mediterranean in the first five months of the year (+200% compared to last year), of which 173 were confirmed and 459 were missing. There are more than four a day, to which unfortunately we must add the victims of the latest tragic shipwrecks, of the other sea routes, including that of the Canaries which has had a tremendous escalation in the last year, and the many brothers and sisters who died along the Sahara Desert, Libya or the Balkans.
Faced with this tragedy, the Presidency of the Italian Episcopal Conference (CEI) invites the ecclesial communities not to forget those who lost their lives while trying to reach the Italian and European coasts. As a concrete sign, he proposes that in all parishes, on Sunday, July 11, on the occasion of the feast of St. Benedict, Patron of Europe, the following "prayer of the faithful" is to be read: For all migrants and, in particular, for those who lost their lives at sea, sailors in search of a future of hope. May your face shine for them, O Father, beyond our human belonging and your blessing accompany everyone in the midst of the waves of earthly existence towards the port of your Kingdom. To the hearts of their families, who will never be sure of what has happened to their loved ones, God whisper words of consolation and comfort. May the Holy Spirit hover over the waters, so that it is a source of life and not a place of burial, and enlighten the minds of the rulers so that, through just and solidary laws, the Mare Nostrum, through the intercession of Saint Benedict, patron saint of Europe, may be a bridge between the shores of the earth, ocean of peace, arch of brotherhood of peoples and cultures. Let's pray.
It will be a way of remembering and exhorting every Christian to be, following the example of the patron Saint of Europe, a messenger of peace and teacher of civilization.
Sister Neusa de Fatima Mariano, Superior General of the Missionary Sisters of St. Charles Borromeo/ Scalabrinian, who have been involved in the world of emigration since their foundation, comments the initiative: "We welcome the prayer initiative promoted by the CEI for migrants who lost their lives at sea. As Pope Francis said, the Mediterranean has become the largest cemetery in Europe. It was the sea of the meeting of cultures and it must return to this thousand-year-old mission. Today we can support this with a policy of peace, of integration, of brotherhood. The Congregation of the Missionary Sisters of San Carlo Borromeo/Scalabrinian will pray in communion with the entire Italian Church for God to bless and accompany all the victims of an earthly existence made up of walls and hatred. Praying for them also means rediscovering the face of a refugee Jesus Christ in migrants. Prayer unites and creates communion with those who suffer. It crosses borders, it is harmony with God. It is the key to a global world of peace. Blessed Giovanni Battista Scalabrini, our founder, experienced the integration between the divine and human dimensions thanks to prayer. This is also why the initiative of the CEI fills our hearts and gives further strength to our charism". (SL) (Agenzia Fides, 10/7/2021)

VATICAN - Bishop Arrieta: the Agreement on the appointment of Chinese Catholic Bishops is not new in the history of the Church