ASIA/PAKISTAN - An old Christian school seized from the Church: minority rights trampled on 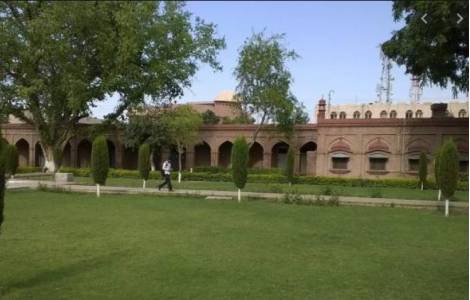 Peshawar (Agenzia Fide) – The Edwardes College in the city of Peshawar, a historic institute of the "Church of Pakistan" (the Anglican Church), in the Anglican diocese of Peshawar, has been entrusted to the management of the state. This was decided by the Supreme Court of Peshawar, ruling in favor of the government of the province of Khyber Pakhtunkhawa, within the framework of the current legal battle between the Church and the provincial government for the control and management of the institute. The Supreme Court's ruling comes after Peshawar High Court issued an order in October 2019 to nationalize the oldest educational institution in the provincial territory. The recent verdict of the Supreme Court is totally rejected by the Christian communities which, as the Anglican Bishops in Pakistan say, "do not see their constitutional right protected and see justice trampled on".
Zeeshan Yaqub, an activist for the rights of minorities from Peshawar, tells Fides that "the Christian community in Pakistan is making great efforts in the fields of education, health and other humanitarian services, which benefit the entire population, people of all religions. We ask for the protection of the rights of minorities, as provided for by the Constitution of Pakistan, even in their properties".
Edwardes College was born as a Christian missionary school called "Edwardes High School", founded by the British "Church Missionary Society" in 1853. In 1900 it was transformed into a College and has since functioned as a private institution, officially run by the "Anglican Church". The institute remained under the leadership of the Church even after the Government of Pakistan decided in 1972 to nationalize private educational institutions.
Many institutes were returned to the churches in the following decades, following a policy of de-nationalization.
The legal controversy over the administration of Edwardes College began in 2014, after American missionaries left the leadership of the institute to members of the local Church and the first Pakistani Christian principal was appointed. A Muslim academic, who challenged this appointment, brought the case before the High Court in 2016. Based on the decisions of the High Court, the Anglican Bishop of Peshawar, Monsignor Humphrey Sarfraz Peters (to whom, in the meantime, the jurisdiction had passed, with the erection of that diocese) reestablished the original Board of Directors, in accordance with the Constitution promulgated by the "Church Missionary Society". Among other things, the Church has exclusive ownership of the College's land and buildings: therefore, the College did not meet the criteria for nationalization. Monsignor Humphrey Sarfraz Peters recalled that the College covered all educational expenses, like any other private educational institution, without the State having to assume any burden.
The current government of the province of Khyber Pakhtunkhawa did not accept the configuration of the College as a "private institution", owned by the Church, and continued the legal battle trying to wrest full control of the structure from the Church. The sentence of the High Court of Peshawar of October 2019 proved the civil government right and, after the latest appeal presented by the Church, the Supreme Court also ruled in favor of the government of Khyber Pakhtunkhawa.
A recent investigation by the NGO "Center for Social Justice" has verified the strong weakening of the once Christian schools and institutes after the nationalization, in the quality of the education provided. (KN-PA) (Agenzia Fides, 8/6/2021)