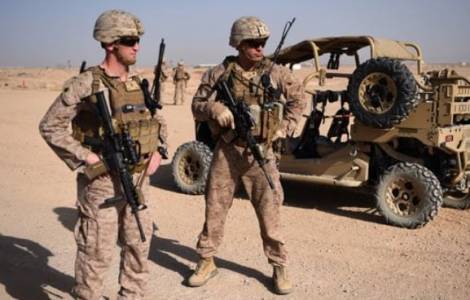 2021-07-09
Civil society leaders: violence increases, a UN mission is urgently needed to ascertain the truth about the attacks

2021-06-21
The Archbishop of Mandalay: "It is a real tragedy. We are grateful to Pope Francis for the support"

2021-06-21
Truce in Chin State: displaced people begin to return to their homes, priests engaged in assistance

Kabul (Agenzia Fides) - "The most serious risk deriving from the withdrawal of US troops from Afghanistan is that the country could fall back into civil war. So far, the negotiations between the government and the Taliban, provided for in the Doha agreements, have never started seriously or have not led to any results. The plan was to form a transitional government, of national unity, to then reach free elections, which would decide who should govern. But if the parties do not speak to each other, how can a joint government be formed? It is much easier to make weapons speak". This is what Fr. Giovanni Scalese, Barnabite priest, Superior of the Missio sui iuris in Afghanistan, speaking about the announcement of the withdrawal of American troops made two days ago by the President of the United States Joe Biden and expected by 11 September 2021.
"In any case - continues Scalese in the note sent to Agenzia Fides - even if the Taliban should have the upper hand, because they are better organized and financed, I do not think they can be under any illusions about restoring the Islamic Emirate, as if these twenty years did not exist. They may impose a new constitution (after all, the current constitution already provides for an "Islamic republic"), but they will not be able to claim to cancel the freedoms or ignore the rights that Afghans have become accustomed to in recent years. Let us not forget that young people did not know the Emirate and grew up in this new reality. Contrary to popular belief, women are a large, qualified and active presence in Afghan society; it would be unthinkable to want to lock them up again at home or in a burqa".
The Barnabite, who resides in Kabul, in the Catholic chapel set up in the premises of the Italian Embassy, points out that the choice could undermine the security and economy of the country: "Will the Afghan government be able to guarantee security? It is legitimate to have some doubts in this regard. Just as it is more than legitimate to raise some doubts about the real ability of the government to make the State machinery work without being able to count on the financial support of Western countries. It is true that everyone now swears that they will not abandon Afghanistan and will continue to support it; but one thing is the interventions of the Cooperation, another is the regular subsidy of the institutions. It do not think that much has been done in recent years to relaunch the Afghan economy, also because the situation did not allow it; so I do not know how a country can continue without a functioning economy".
However, according to Fr. Scalese, it is difficult to express an opinion on the choice of the US government: "It is better to simply take note of the decision, which had already been taken by the previous American administration. Those who thought that a change of the guard in the White House would be enough to provoke an afterthought obviously did not realize that by now the American military commitment (and that of other NATO countries) had become unsustainable and, in fact, without prospects. All that remains is to wait, to see how the situation evolves. As Christians, we can only hope for a positive evolution, which, after so many years of violence, will give this country a bit of serenity", he concludes.
It was April 1978 when a coup d'état overthrew the government of Mohammed Daud Khan, initiating a state of war that has lasted for more than 40 years in Afghanistan. That coup was followed by the Soviet occupation from 1979 to 1989 and, from the early 1990s, by a bloody civil war that later favored the rise of the Taliban. The Islamic Emirate of Afghanistan they established remained until 2001, when Bush attacked the country in response to the 9/11 attacks. (LF-PA) (Agenzia Fides, 16/4/2021)