AFRICA/TANZANIA - Bishops to the government: "a social market economy" to eradicate poverty 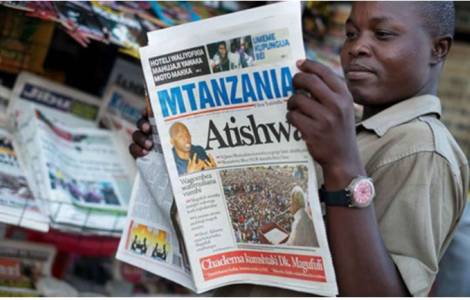 2020-09-18
Bishops to the government: "a social market economy" to eradicate poverty

2020-06-15
Prevention from contagion: the Bishops activate catechism for children via radio

Dodoma (Agenzia Fides) - The Tanzanian government must adopt a new economic model, that of the "social market economy", which aims to have a nation with sustainable and inclusive economic growth. This is what the Tanzanian Bishops wish in a note sent to Agenzia Fides, in order to encourage participation in the development of the entire nation.
"Tanzania needs an economic idea that focuses the Country's development activities towards an inclusive economy, in which free trade and competition are balanced", said Fr. Charles Kitima, Secretary General of the Bishops' Conference of Tanzania (TEC). "This balance comes from the State that must mediate and from the people who are the country's priority", underlined the priest, on the occasion of a seminar aimed at media operators on how to engage in the adaptation of the social market economy.
The proposed model is the result of scientific research and analysis by economists from Mzumbe University, St Augustine University of Tanzania (SAUT) and Dar es Salaam University, coordinated by local religious leaders. "Strengthening and building individual economies under their own government" was the goal of the research. "We are convinced that this system, which we have been studying since 2016, is the best and will allow Tanzania to create a sustainable economy for individuals", said Fr. Kitima, speaking of a system that helps reduce inflation and unemployment and also improves the working environment by promoting social well-being.
In the note sent to Agenzia Fides, the priest stressed that, in order for a country to develop, it must have a solid economic system and that is why some countries have managed to achieve their goals. "For a nation to be strong, it must have a strong economy. Tanzania's economy is growing but citizens as individuals are still poor, probably due to the methods, philosophies and technologies that have been used and continue to be used".
Fr. Kitima also urged mass media operators to ensure that through news, articles, debates and interviews they present transparent media content aimed at explaining this economic system. "You have a responsibility to bring this system into the community. We cannot do anything for national development without the media and where we have ignored them we have failed", he said.
He also recalled the great responsibility that media professionals have in explaining the role of the social market economy in detail and to make members of all sectors understand this philosophy.
Pansian Ntui, a professor at the Saint Augustine University of Tanzania, highlighted how the lack of a specific philosophy in economic management has contributed to the country's economic failure since independence. "Since we gained independence we have never had a system that leads a healthy type of economy: between 1961-1985 we followed the socialist economy; 1985-1995 the liberal market system; between 1995-2005 the privatization system, until 2005-2015; and since 2015 we have been using the industrial economy, this change is making us a nation without economic direction", said Ntui. (AP) (Agenzia Fides, 18/9/2020)