ASIA/PAKISTAN - The Islamabad Declaration: "a step to defeat extremism" 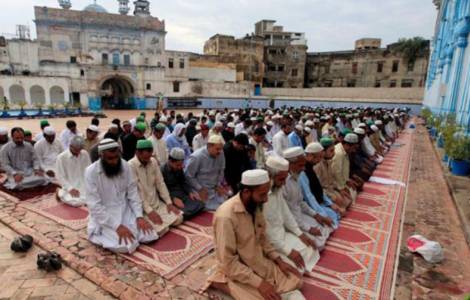 Faisalabad (Agenzia Fides) - "The Declaration of Islamabad is a step in the right direction. We need to develop it to improve the image of the country: this is the way forward: government and opposition must work together to legislate on good policies, while civil society, religious communities and all citizens must work together for the social, civil and cultural progress of our country": this is what Fr. Bonnie Mendes, expert, Pakistani Catholic priest of Faisalabad, former regional coordinator of Caritas Asia says to Agenzia Fides, commenting on the publication of the "Islamabad Declaration", in which over 500 Muslim religious leaders publicly condemn terrorism, violence committed in the name of religion and fatwa (sacred edicts) widespread by radical ulemas.
The declaration was signed in Islamabad, the capital of Pakistan, during a gathering organized by the Pakistan Ulema Council (PUC). The initiative, according to observers, represents a turning point especially in the attitude towards religious minorities and Islamic sects the "Ahmadi". In fact, the Declaration recognizes that Pakistan is a multi-ethnic and multi-religious country, and notes that "it is the responsibility of the government to ensure the protection of the life of non-Muslim citizens in Pakistan".
Among the main contents, the murders committed "under the pretext of religious belief" are condemned, observing that this "is contrary to the teachings of Islam" and states that "no Islamic sect must be declared unfaithful", noting that all citizens, whatever their religion or sect, "have the constitutional right to live in the country following their cultural and religious principles". Continuing in establishing the principles of religious freedom, the text establishes the right for religious groups to organize themselves autonomously and asks civil authorities to ban "any material (books, pamphlets, audio) that incites religious hatred" and to punish anyone that threatens "the sacred places of non-Muslims", implementing "the national action plan against extremism".
The religious proclaim 2019 as a "Year to annihilate terrorism, extremism and sectarian violence from Pakistan", reiterating that "non-Muslim citizens must enjoy the same rights as everyone else".
Sabir Michael, an activist for human rights and minority rights, speaking to Fides says: "We appreciate and acknowledge the efforts of the Pakistan Ulema Council (PUC) to stop extremism and contribute to tolerance, peace, justice and equality in society. It is necessary to promote and spread this message to the communities. In the past, solemn declarations such as this, are not very successful, now the government and religious communities must work together in this direction: let us not lose hope for the good of the country". (AG-PA) (Agenzia Fides, 8/1/2019)