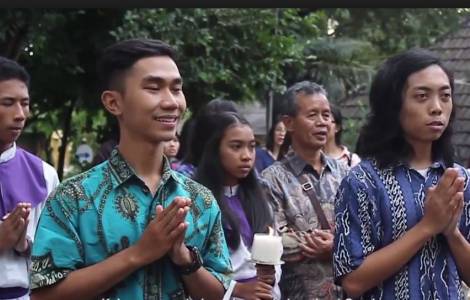 2021-12-14
Earthquake on the island of Flores: "Our structures are still intact. We hope that the five volcanoes remain inactive", writes a missionary

Palembang (Agenzia Fides) - Working for peace, helping to maintain the unity of Indonesia, working together with all other citizens for national development and the common good: this is what Indonesian President Joko Widodo asked Indonesian Catholic university students, gathered from 22nd to 27th January in their 30th National Congress in Palembang, in the south of the island of Sumatra.
President Jokowi opened the Congress, attended by 3,800 students, delegates from 69 regions of the country. The Association of Catholic Students welcomes over 105,000 members nationwide. The President indicated the path to live in a complex society: "If there is a conflict because of religion or ethnicity, make peace with other human beings and live in harmony" he underlined.
Jokowi also illustrated the development and progress made by his government to protect pluralism and social harmony in Indonesia, inviting Catholic students to "actively participate in the next administrative elections (scheduled for 2018, ed), safeguarding transparency".
"We must support each other, regardless of our religions, tribes, beliefs or other factors, let us not forget that we are brothers and sisters, united in the diversity of Indonesia", Jokowi exhorted, recalling the importance of the "Pancasila", the five principles of the Indonesian nation.
The president of the student Association Angelo Wake Kako told Fides: "We greatly appreciated the President's words: his presence is also significant, as it is the first time that a president comes to open our Congress"
The Congress is centered on the theme of the protection of the "Pancasila" and on the realization of its values in the daily life of citizens. "The Pancasila is no longer just a source or a theme reserved for politicians. Realizing its values in the habitual life of the population is the key to making Indonesia one of the main countries in the world", observes Angelo Wake Kako.
"I am happy to have participated in this Congress", says to Fides Ferinsky Kusumawardanti, a Catholic student present in Palembang. "The President spoke of tolerance, diversity and pluralism, factors that I think are very important to us in Indonesia, and especially here in Palembang", he adds. "I feel that, as Catholics, we are a minority, but considered precious in the country: our active contributions are also valued", Kusumawardanti points out.
The Congress began with a Holy Mass presided over by Franciscan Bishop Adrianus Sunarko, who is at the head of the diocese of Pangkal Pinang. As Fides learns, the Bishop encouraged the students to "dare" to "have the courage to act and give a contribution to the nation, be meaningful, do important things and give your whole life for the truth", he stressed.
Indonesia has the largest Muslim population in the world: out of 243 million people (87% Muslims), Christians represent about 10% of the population (7% Protestants, with 17 million and 3% Catholics, about 7 million). (PP-PA) (Agenzia Fides 24/1/2018) 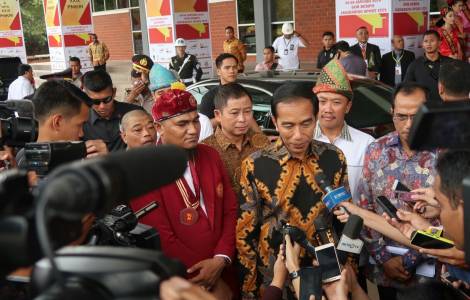