ASIA/INDIA - Attacks against Indian Christians during the Christmas season 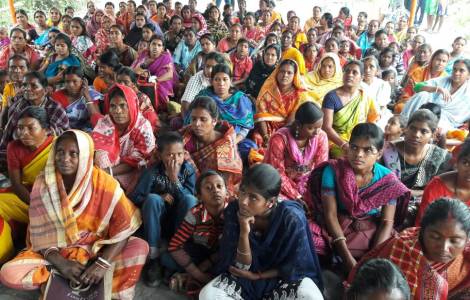 2020-12-09
Resignation and succession of metropolitan archbishop of Patna, India

New Delhi (Agenzia Fides) - Christian communities in India suffered at least 23 attacks for religious reasons during the Christmas period, which have instilled a feeling of fear and have hurt the faithful. This is what local sources of Agenzia Fides report. Protestant Christian Pastor Prabhu Kumar told Fides: "Never in my memory have we experienced the intolerance we are experiencing now".
Among the most serious incidents: 20 Hindu nationalist militants attacked a regularly authorized Christmas celebration in Rajasthan, beating the faithful. Another incident involved 30 Catholics singing Christmas hymns in Madhya Pradesh. And after these attacks, the president of the Indian Bishops' Conference, Cardinal Baselios Cleemis, said: "The trust of Indian Christians in the government is coming to an end".
Christians demand respect for the Constitution, which guarantees freedom of religion. Hindu extremists have become more audacious in recent months: "This has been one of the most violent Christmas seasons in recent history for Christians in India", they say.
Meanwhile, the Vishwa Hindu Parishad ("Hindu World Council"), one of the major Hinduist nationalist groups, has decided to intensify its "ghar wapsi" ("Back To Home") campaign, forcibly reconverting Christian Dalits to Hinduism, arguing that there is an increase in forced conversions throughout India, especially by Christians. In a recent conference held in Orissa, eastern India, the VHP condemned "the rampant conversion of Hindus under duress, deception and intimidation" across the country. According to the organization, Christian missionaries and Muslim organizations send money to India from abroad by adopting various means to attract or force Hindus, especially Dalits and tribals, to convert, jeopardizing "the very existence of Hindus".
The VHP notes that "the Muslim population is expanding at a faster rate than the Hindu population and in 2050 India will host the largest Muslim population in the world" and has an effect on the "jihadist danger", stating that "the jihadists are on the rise" in states like Bengal and Kerala, thanks to the policy pursued by the parties in power".
The accusations of radical Hindu groups are refuted by intellectuals and observers who call them "pretexts to attack Christians and Muslims in India". "What is under attack is the pluralism of Indian society", says Ram Puniyani, human rights activist, to Fides. "The approach of Hindu extremist groups must be resolutely opposed, through democratic principles", says to Fides John Dayal, Catholic writer and activist. (PA) (Agenzia Fides, 4/1/2018)