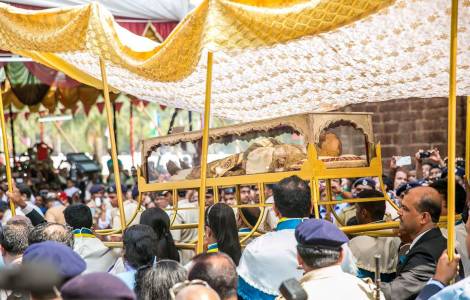 Goa (Agenzia Fides) - The figure of the holy man who goes around the villages with a little bell and, draws the attention of children and adults, teaches the simplest prayers, the Our Father, the Hail Mary, the Confiteor or the rudiments of faith such as the sign of the cross and the Ten Commandments, is still impressed in the collective memory of the Indian faithful. Francis Xavier (1506-1552), whose feast day is celebrated today December 3, is given resounding definitions such as "giant of evangelization", "the greatest missionary of the modern era", in addition to the official titles conferred on him by the Church: Patron of the East, of the Society for the Propagation of the Faith and, with Saint Therese of Lisieux, of the Missions.
The Church in India, with the extraordinary display of his mortal remains - which is underway in Goa and will last until January 5, 2023 - intends to remind everyone precisely of the aspect of the simplicity and essentiality of faith, because "God reveals himself to the little ones and to the humble". Francis Xavier was sent to evangelize in the East, but he also had the official role of "Pontifical Legate" for the Portuguese colonies in the East Indies. He lived his service as "Apostolic Nuncio" in the etymological sense, as a true disciple and missionary: in giving the Good News to the suffering, slaves, the sick, he also took care of the "pàravi", the fishermen of pearls who, harassed by Muslims, had become Christians, however without adequate education, as their language was not well known. With difficulty, he translated the most important prayers and the truths of faith, going around the villages and baptizing, teaching prayers, founding churches and schools. With emotion, then, he had met people who already knew Jesus Christ (they were the so-called "Christians of Saint Thomas", the apostle of Jesus who had arrived in India): the Lord had "preceded him in Galilee".
It is this saint whom Indian pilgrims today flock to the Basilica of Bom Jesus in Goa, where his mortal remains are kept, are venerated and loved. Cardinal Felipe Neri Ferrao, Archbishop of Goa and Daman, solemnly announced the exposition of the body of the co-founder of the Society of Jesus, the holy apostle of the Orient who, born in 1506 in Javier, Spain, evangelized India, the peninsula of Malacca, Indonesia, Japan and died on December 3, 1552 in the Chinese island of Sancian, at the age of 46.
Francis Xavier's body was exhibited for public veneration for the first time in the Church of St. Paul in Goa, from 16 to 18 March 1554, shortly after his arrival in the western Indian city. He was then moved to the current Basilica, built in 1594 and placed in a silver and glass sepulcher in 1637. Since then, the silver case has been opened every ten years for the awaited event of the public exposition, which lasts six weeks. The last one took place in 2014.
With today's exposition, the Indian Church, in the aftermath of the pandemic, wants to bring attention back to the ancient practices of popular devotion such as pilgrimage, prayer, veneration of saints. For over a month, Xavier's body was placed on a podium to allow pilgrims to approach, invoke graces, ask for special protection. "The meaning of the event of devotion is to bring every soul back to a personal encounter with Christ, to reflect on Francis Xavier's journey of faith and to imitate his zeal for proclaiming the Gospel", wrote Cardinal Ferrao, recalling that about 4 million people visited the relics during the last exposition. Furthermore, this year's exposition, scheduled two years in advance of the usual calendar, also serves to prepare for the one already set for 2024, which will give the faithful time to make "their own, deep inner spiritual journey: the pilgrimage is the culmination of a spiritual journey, a journey of renewal and hope that every person, every family, every parish is called to undertake", says Fr Barry Cardoza, director of the Diocesan Center for Communication in Goa. This pilgrimage, he notes, is not a merely individual act, but is fully synodal, as we want to "walk alongside the poor and marginalized, together with people of all faiths and cultures, and in harmony with creation".
The pilgrimage to visit the saint's remains is, in fact, also an interreligious event: as in previous years, Catholic, Hindu and Muslim pilgrims march together for eight days from Maharashtra and Karnataka to reach Goa and have "a spiritual meeting with the Saint". It is an experience which, they say, deeply involves men and women, healed of physical and spiritual ailments thanks to the intercession of the Spanish Jesuit, or who place a prayer or a special request in his hands.
Today, in Old Goa, even among the general mobilization of the civil authorities, inhabitants of different cultures, traditions, castes or religions know, venerate and love the figure they call amicably "Goencho Saib", i.e. "protector of Goa". To him, who spent all his energy to bring the message of love of the Risen One, the baptized Indians are inspired to bear witness to the salvation given by Christ Jesus, who fills and transforms the life of every person. (PA) (Agenzia Fides, 3/12/2022) 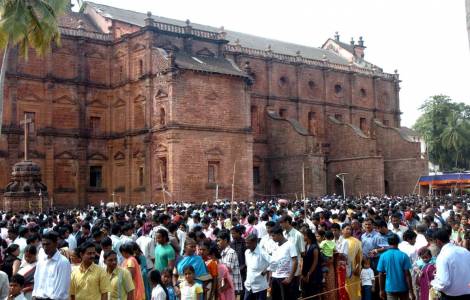 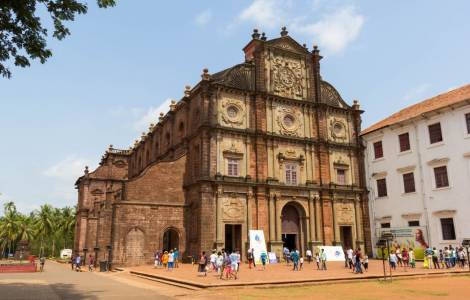 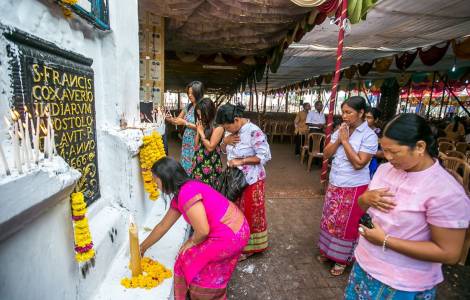