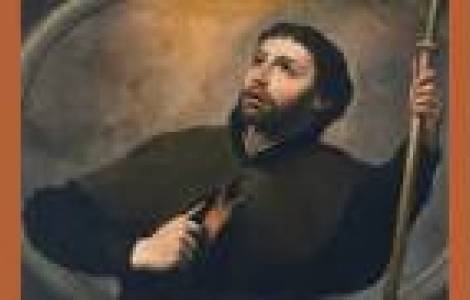 by Gianni Valente
"The greatest of all missionaries of the modern age". Thus the monumental History of the Church edited by the great historian Hubert Jedin qualifies Francis Xavier, the Jesuit saint whose liturgical memory is being celebrated today.
Adding that this recognition is due not so much to the incredible number of people he baptized or to the miracles attributed to him, but to his "strength of attraction".
Also for this reason the extraordinary story of Francis Xavier - who in 1927 Pope Pius XI proclaimed Patron of the missions, together with Saint Teresa of Lisieux - continues to speak to our present. Above all to those who, even today, are involved in one way or another in the mission that Christ entrusted to his disciples.

"A fire kindles other fires"
The attractive force exercised by the Jesuit Saint was released by the simple and gratuitous dynamism that always marked the communication of faith in Christ: Xavier, the Patron Saint of all missionaries, attracted us to Christ because he in turn had been attracted to Christ. "A fire kindles other fires", recites the expression dear to the sons of the Society of Jesus. In him, the unleashing of an unimaginable missionary energy had its source in the meeting he had with Ignatius of Loyola in Paris, when he was a university student and shared a room with the other Jesuit saint Peter Favre.
Ignatius captivates that ambitious young man by repeating to him a phrase from the Gospel: " And what do you benefit if you gain the whole world but lose your own soul?". "What grace Our Lord has given me in having met Master Ignatius", Francis Xavier later wrote. He is also among the first seven "companions of Jesus" who on August 15, 1534, in the crypt of the small church of Saint Mary in Montmartre, vow to serve Jesus Christ in chastity and poverty, go on pilgrimage to the Holy Land or - if it were not possible - go to Rome and putting himself at the total disposal of the Pope.
His ten years of mission in the East Indies will cross everything: seasickness on ships and catechism among Indian pearl seekers. Tropical diseases, hunger and thirst. Shipwrecks and escapes in the forests. Encounters with unscrupulous merchants and slavers. Sailing towards Java, Borneo, the Moluccas, then up towards Formosa, passing through the lands of the headcutters and up to the islands of Japan. But everything springs from the intimate miracle of the attraction of grace, also attested by the promise in the crypt of Montmartre. Throughout his life that will be the "company" that moves, consoles and supports him. Without that ever-burning fire, even the incredible stories of Francis Xavier could resemble those of a dissatisfied spiritual adventurer. Instead, everything that happens to him originates in an act of obedience. The former student from Paris finds himself thrown where he would never have imagined, and this happens apparently by chance, only by docile following of what Ignatius asked him, after another "companion of Jesus" destined for the East Indies had to give up. He will never see his friends again. When he leaves, he already knows that "in this life we will see each other only by letter", as he writes in his first letter. Yet the happy and consoling memory of them will accompany him forever. He always remembers them. He writes and receives letters from them that take forever to reach their destination. And when he thinks of them, his gratitude comes to tears. When he died, at the age of 46, on December 2, 1552, he hung a small box around his neck, containing a relic of the Apostle Thomas, the formula of his profession and the handwritten signatures of his friends cut from their letters. Those were the treasures he always wanted to keep close to his heart.

The mission has the world as its horizon
His temperament was extroverted full of optimism, and at the same time able to cry from loneliness and bitterness. But he himself says that he only finished his tears by crying with joy and gratitude. In January 1552, when he was less than a year away from the end of his earthly adventure, he wrote: "It truly seems to me that I can say that in my life I have never received so much joy and gladness". He writes it after years of seeing human misery and the miracle of grace working in distant places where the audacity of the first Jesuits pushed him, immediately sent to the four corners of the world, when there were fewer than ten of them. "Yes, they chose life, with all its compromises. [...] They chose to go out into the world to teach the Gospel, to face everyday life, with all that is tragic, corrupt, deceitful", wrote the journalist and historian Jean Lacouture in his bestseller dedicated to the Jesuits.


Catechism and sacraments
In those distant worlds, shaped by other cultures, marked by all the good and all the evil that can come out of the heart of human beings in every time and in every land, Francis Xavier ventures with shrewdness and realism, learning languages, adapting ways and even clothes to different situations. He uses everything and adapts to everything, so that the salvation of Christ is confessed everywhere. And if today someone theorizes that the mission is carried out with social strategies, Francis Xavier recognizes that grace is transmitted by the very gestures of Christ, which are the sacraments: "So great is the multitude of converts - writes the Jesuit saint - that often my arms ache so much because they have baptized and I no longer have the voice and strength to repeat the Creed and the commandments in their language". He teaches catechism and the simplest prayers to children and adults. He opens speeches and discussions with the lords, nobles and Buddhist monks. And in his letters there is no lack of pin pricks towards the idle abstractions of those who make strategies or erudite speculations in the theological academies of the West. He writes that "We are looking for men who know how to give reasons for living, because in these places knowledge is less appreciated and life much more". And he invites his companions to converse with human beings of flesh and blood, and all sinners, "making them open up to you. These are the living books with which you have to study, both to pray and for your consolation".

The sunset of the missionary
At the age of 46, Francis Xavier died of pneumonia while he was in a hut made of leaves, on Sancian Island, in front of China (where he wanted to arrive). He only had the company of a crucifix and a Chinese who had recently become a Christian, who was supposed to accompany him on his new adventure to act as his interpreter. The image of the "sunset of the Jesuit" waiting to enter China, also recounted in the theatrical drama "The Impatient Divine" by José Maria Péman, has also been re-proposed several times by Pope Francis. "The great missionary Francis Xavier" recalled among other things the Bishop of Rome in the book-interview "Without him we can do nothing" on being missionaries in the world today "he ends up looking at China, where he wanted to go and did manage to enter. He dies like this, with nothing, alone before the Lord. He died there, he is buried, and it is like when you bury a seed". It is fate - added the Pope - that befell all the missionaries buried in the lands of their mission: "By dying in those places, they were planted in that land like seeds". True missionaries, men and women, of any kind - added the Successor of Peter - "are not just 'sent'. They are not intermediaries. They go on mission following Jesus, with Jesus, together with Jesus. They walk with him. And when they are great missionaries, it is understood that it is He who brings them". (Agenzia Fides, 3/12/2022)