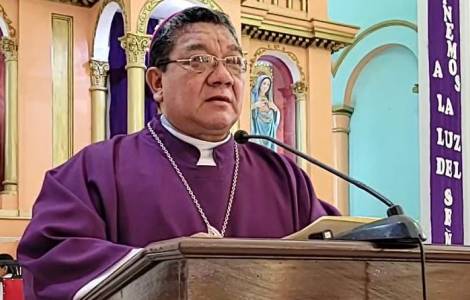 La Paz (Agenzia Fides) - After the approval of the Chamber of Deputies over the weekend, the Bolivian Senate also approved yesterday the law on population and housing census, which must now be promulgated. The census was set for March 23, 2024. Thanks to this official act, the strike proclaimed in the region of Santa Cruz, in which other regions of the country joined, ended after more than a month (see Fides, 28/10/2022; 4/11/2022; 18/11/2022; 25/11/2022).
"Thirty-five days of strikes and conflicts in the country have passed, certainly these days there will be an apparent serenity and normality, but the question arises: will what has been promised be true? How long will this apparent serenity last?" asked Bishop Aurelio Pesoa, O.F.M., Bishop of the Apostolic Vicariate of Beni, President of the Episcopal Conference of Bolivia, in his homily at Mass for the first Sunday of Advent. The Bishop called on Christians to live their whole life as a time of constant expectation, of advent, of the coming of the Lord Jesus, behaving according to who they are, that is to say, "children of light that do good, because the children of darkness are the promoters of evil".
"Being a Christian – he highlighted – is a commitment in these times when it seems that the dominance of political and partisan ideologies dominates the common sense of the true good for all. Being a Christian implies a different way of living one's life, with an active and coherent commitment". He therefore continued: "In these times of conflict that we live in the country, words are repeated that do not build or respect, but which are insulting, disqualifying and even aggressive. With such an attitude, so many brothers have been hurt, a people has been been hurt, a wound that will take a long time to heal. For a predominantly Catholic people, this is not the way to wait for the Messiah".
He concluded his homily by urging us to be vigilant and attentive to the following of Jesus the Messiah, who commands us not to neglect the most vulnerable and defenseless of our time: "This is how we must be vigilant in this Advent time.
Msgr. Robert H. Flock, bishop of the diocese of San Ignacio de Velasco, also commented on this first Sunday of Advent on the situation experienced by the country for more than a month, with the strike and the violent clashes between the parties. As we know, the bishop said, some want bloodshed in Bolivia. They say: "civil war, now". The Word of God says to them today, "Let us not raise swords against one another, do not train yourselves for war. Come, let us walk in the light of the Lord: "The struggle we find ourselves in is not between right and left, it is between light and darkness. The struggle is between light and darkness, between the kingdom of Satan and the kingdom of God". And this is not just about Bolivia, but the whole world.
Now that the strike is over, Bishop Flock expressed hope that "hopes will not be disappointed" and urged us to walk in the light of the Lord: "The challenge is to walk together, towards a new world where there are no more strikes and blockades, where there is no tear gas, machine guns and missiles, not to mention weapons of mass destruction. In the light of the Lord, let us seek what the Lord offers, life in abundance for all". (SL) (Agenzia Fides, 30/11/2022)