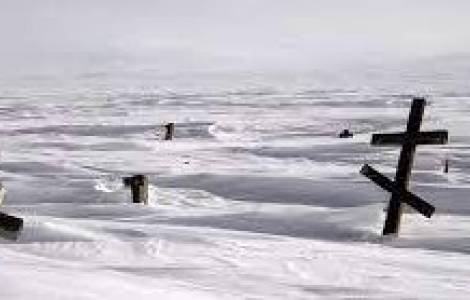 Moscow (Agenzia Fides) - "What has helped the faithful to remain firm in the faith in times of persecution? And can the common memory of the martyrs help to overcome confessional barriers and help one another?". These are the questions at the center of the conference, which brought together representatives from various Christian denominations at the Jesuit-run St. Thomas Institute in Moscow to discuss the issue in an open and direct way. The event, organized on the evening of Monday, October 24, by the Department of Religious Sciences of the "Saint Filaret" Moscow Orthodox Institute, was attended by a large number of participants (live and online). The specificity of the context of the Russian Federation, where the persecutions of the Soviet era are still alive in the memories of many people, favored joint reflection also through the exchange of stories of martyrdom experienced in person or in the family environment of origin. Among others, Pastor Pavel Bak, of the Evangelical Pentecostal Church, first told about the memories of his own family, originally from Volhynia, a region that today belongs to Ukraine. Pastor Pavel's family had experienced several waves of persecution since 1945, and it was the testimonies of his grandparents and parents that helped him to remain firm in his faith: "They," Bak emphasized, "always encouraged me to keep my personal relationship with God alive that no one can take from me, even if I had been deprived of everything". During the evening, both the pastor and some of the Orthodox Christians present recalled that the common belief in Jesus Christ during imprisonment in the labor camps, the recognition of the shared faith in Jesus Christ often brought down the barriers and mistrust between the members of different confessional communities, which allowed them to experience in that situation what Pope Francis since 2014 has repeatedly defined as "ecumenism of blood".
The moderator of the meeting, Professor Margarita Shilkina, Orthodox Christian and dean of the Faculty of Religious Sciences, spoke of her conversion after her youth as a militant in the ranks of the Komsomol (an organization that brought together communist youth), conversion that came about thanks to the testimony of those who had kept the faith during Soviet times: "When I read the Gospel for the first time - said Professor Shilkina - I realized that I had been deceived. I sincerely believed in communism, but the encounter with the living Church of Christ made me understand that I was like a lamb among wolves. Thirty years after my conversion, I am completely happy in my journey of faith". The two Catholic speakers present - the Jesuit Stephan Lipke and the researcher Maria Chiara Dommarco - underlined two different aspects of Christian martyrdom. Father Lipke, director of the Saint Thomas Institute, recalled that the martyrs experience what Saint Paul himself experienced: "For power is made perfect in weakness" (2 Cor 12: 9). In this regard, Father Lipke told the story of the Servant of God Father Walter Ciszek, an American Jesuit sent on a clandestine mission to the USSR in 1939: "Sometimes the persecuted have survived, so that we can have their memories, handed down orally or in writing. The two books that Father Ciszek left us tell of how the Christian's weakness in front of his persecutors is not a disadvantage, but paradoxically, the way in which he is able to endure moments of crisis: his own, albeit sophisticated, attempts not to succumb to his tormentors, in proving to be ineffective, left room for Jesus, the only one truly capable of helping Father Ciszek during the years of imprisonment".
Church history researcher Maria Chiara Dommarco, on the other hand, highlighted another essential aspect in the life of witnesses of faith: accepting what happened to them as a way of loving and serving Jesus in the people they met, as illustrated by the story of Father Edmund Walsh, a US Jesuit sent by Pius XI on high-risk missions in different parts of the world. "A few years after his return from Russia," says the scholar, "where he had led the papal relief mission to the population exhausted by the famine of the 1920s, Father Walsh was sent on a secret mission to Mexico in 1929 to lay the foundations for a diplomatic agreement between State and Church that would have brought to an end the civil war then in progress. His warm, non-passive acceptance of the extreme situations he found himself in both countries was his way of learning to love his collaborators and to serve all he met, regardless of their denomination or hatred of the Church, with the aim of promoting peace within and between peoples".
The Conference on experiences of martyrdom and persecution in the recent past was the first in a series of meetings on various subjects organized by the Department of Religious Studies of the Orthodox Institute "St. Filaret" in Moscow. The meetings will be attended, from time to time, by representatives of various Churches and ecclesial communities. (CD) (Agenzia Fides, 26/10/2022)