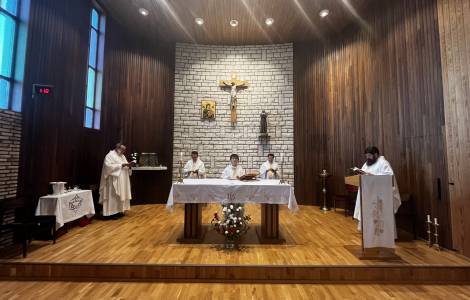 Reykjavik (Agenzia Fides) - Denmark, Finland, Iceland, Norway and Sweden, in a word Missio Nordica - the "unitary direction" of the Pontifical Mission Societies (PMS) present in those countries - met for the first time at a regional level in Iceland, a country with a suggestive missionary history, where about 15 thousand Catholics live today. It was an unprecedented meeting, where the diocesan directors of Missio Nordica were able to meet in person on the theme of mission and on how to collaborate to proclaim the Gospel together in their lands and to support the work of younger Churches. The meeting was hosted by the bishop of Reykjavik, David Tencer OFM Cap, who was present throughout the meeting with the national director of Missio Nordica, Ivan Sovic.
"Proclaiming Christ in Europe from apostolic times to the third millennium" is the theme of the speech by Father Dinh Anh Nhue Nguyen, OFM Conv, Secretary General of the Pontifical Missionary Union (PMU) who, together with Father Tadeusz Jan Nowak, OMI, Secretary General of the Pontifical Society for the Propagation of the Faith (POPF) and Father Karl Wallner, National Director of Missio Austria (PMS direction in Austria) oversaw the theological and formative contents of the conference. The report by Father Nguyen was the central feature, dedicated to the proclamation of the Gospel of Jesus Christ in the cultural context in which one finds himself, with his opportunities and difficulties. Father Tadeusz Jan Nowak had the task of illustrating "The nature and charism of the Pontifical Mission Societies and their place in the universal Church". Father Nowak deepened the history of the four Pontifical Mission Societies, dwelling on the figures of the founders, and then illustrated the role of the National and Diocesan Directors of Missio and the relationship of the National Directions with the General Secretariats of the PMS. “It's all a question of faith”, said Father Wallner, director of the Austrian PMS, who spoke online, who continued his speech by focusing on the formula "We are the mission", taken up by Pope Francis. Father Wallner shared the experience of his office and outlined new career paths for the future.
During the training days, the participants had the opportunity to make a visit to Maríulind, a place of pilgrimage dear to Catholics in Iceland, and the Golden Circle and Skálholt, the place where Jón Arason was killed in 1550, the last Catholic bishop before the Reformation. (EG) (Agenzia Fides, 6/10/2022) 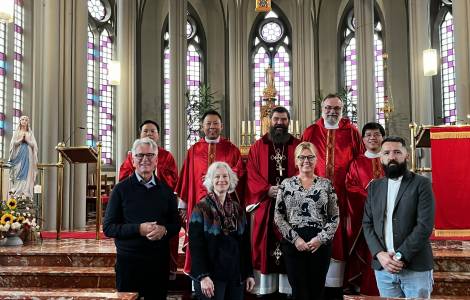