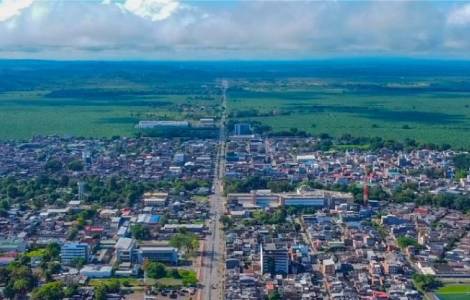 Apartadó (Agenzia Fides) - "No reason justifies violence and its consequences on peoples, institutions and families": is reiterated in the "communiqué to public opinion and men of good will" of the Diocese of Apartadó, in the northwest of Antioquia, in union with the other Christian Churches and the living forces of the civil society of Urabá Darién: the organizations of merchants, businessmen, unions and carriers, among others. In the declaration signed by Monsignor Hugo Alberto Torres Marín, Bishop of the diocese of Apartadó, "the murder of defenseless young people who spent days of rest with their families, attacks on police stations, the consequent closure of schools and public services are rejected". The degradation of conflict is also repudiated, the acts of which have a negative impact on social, spiritual, working and economic life.
The Bishop expresses his closeness and his heartfelt condolences to the relatives of the murdered policemen and soldiers, as well as to the institutions to which they belonged and to the population in general, assuring his prayers for the entire community, so that the Lord may give them strength at this time of anguish and "do not let us lose hope".
"We urge the groups and people who are causing this immense pain to the region and the country - writes Monsignor Torres Marín - to humanize the conflict by stopping this action and using other alternatives that respect life and take care of the social fabric, allowing them to achieve their goals".
Finally, the Bishop asks that, before the new president takes office, prayers for peace and reconciliation are prayed for in all the churches of the region, and a symbolic act of rejection of armed violence is carried out, of solidarity with the families who have lost their children and "as an expression of the Colombia that we want to build together". According to the authorities, terrorist attacks against the State in Antioquia took place in Apartadó, Ituango, Ebéjico, Necoclí, Peque, Uramita, Chigorodó, Turbo, Carepa, Santa Fe de Antioquia and Cañasgordas. As a result of these acts, 27 soldiers died and more than 40 were injured by gunfire and the detonation of explosive devices. (SL) (Agenzia Fides, 2/8/2022)