EUROPE/ITALY - "Peace is possible": the caravan leaving for Odessa, with the support of the Bishops 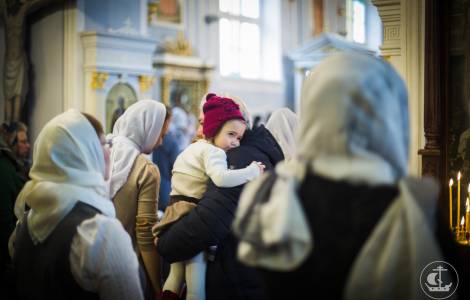 2022-07-02
An enlarged heart towards the mission: the charism of Saint Luigi Orione, on the occasion of the 150th anniversary of his birth

Rome (Agenzia Fides) - "Expressing closeness and solidarity to those suffering as a result of the ongoing war": with this objective Msgr. Francesco Savino, Bishop of Cassano all'Jonio and Vice-President of the Italian Bishops’ Conference (CEI), will participate in a June 26-29 “Caravan of Peace” to Odessa, Ukraine, organized by the civil society network "StotheWarNow", a conglomerate of 175 different Italian associations, movements, and entities.
The caravan will leave from Gorizia on Saturday, June 25 and will be the continuation of a path of peace that began with the first caravan that traveled to Ukraine last April, when a convoy of more than 60 vehicles reached the city of Lviv. This time there will be fewer vehicles and fewer people, due to the highly conflictual situation in which part of Ukraine finds itself.
As reported by the organization "StotheWarNow", led by the Pope John XXIII Association, the means will bring humanitarian aid - especially food and medicine - collected by the various associations in recent months.
In a note released CEI, Msgr. Savino states: "Within the paradoxical contradictions of a war which, according to United Nations sources, has recorded 10,000 civilian victims, we cannot but take the side of all victims, bearing witness to active non-violence, which is the opposite of indifference. Against violence, oppression, and war, we feel the need to be an interposition of peace in places of conflict". The Vice President of CEI, who will be accompanied by two Caritas operators, observes: "We want to testify that peace is possible. From war, from every war, we all come out defeated. War is never a solution".
In Odessa, several activities and meetings have already been planned, including meetings with representatives of various institutions and associations involved in relief efforts, as well as refugees from Mykolaiv, Kherson, and other areas impacted by the war. Furthermore, on June 29, Savino is scheduled to stop in the Moldovan capital of Chisinau, where he will meet with the Catholic archbishop, Anton Coşa, and representatives from the local Caritas branch.
The June caravan will be followed by a third caravan which is being organized for the middle of July, a sign and testimony of a path that continues: in April it brought aid but also transferred people with disabilities or elderly people fleeing the war to Italy. These activities have continued in recent months between one caravan and another, and will continue. (EG/PA) (Agenzia Fides, 23/6/2022)