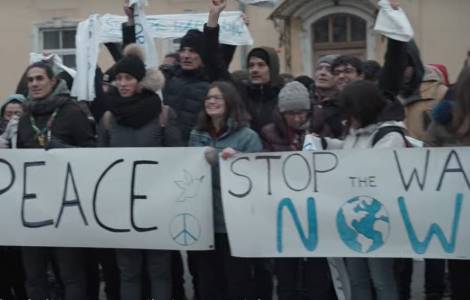 Odessa (Agenzia Fides) - On Saturday, June 24, a new caravan of peace will leave Italy on Saturday 24 June for Odessa, as an ideal continuation of the first caravan held in Ukraine last April, when a convoy of more than 60 vehicles arrived at the western city of Lviv. It is - underline the organizers - a choice of testimony and closeness: "We want to be there, with the people of Ukraine, to make them feel that we are close and that our solidarity materializes with a new trip to the places of war" explains to Fides Fr. Tonio dell'Olio, of "Pro Civitate Christiana". In the preparatory meeting a few days ago, in which a balance was made, both logistical and content, of the new civil society initiative, it was highlighted that the caravan, like the previous one, connects and involves various Italian associations, Catholic and non-Catholic. The Caravan was born from the vision of the "Pope John XXIII Association" and its president, Gianpiero Cofano, and does not hide the difficulties of a trip whose preparation has not been easy. In Odessa there are already two volunteers of Pope John XXIII who - in a virtual link - explained in detail the situation, the risks and the difficulties before the siren of a new alarm forced them to take refuge in the lower floors of the building where they live. The meeting was attended by all the people -volunteers, journalists, operators - who will form the caravan whose itinerary and size are kept confidential for security reasons. In the network, in which more than 175 Italian organizations participate and also some Ukrainian realities, along with dozens of acronyms from the Catholic world (Focsiv, Pax Christi, Beati costruttori di pace, Nuovi Orizzonti, Focolari and many others) there are as many from the field of voluntary and lay associations: from Arci to Cgil, from Mediterranea to "Un ponte per", whose referent, Alfio Nicotra, illustrated the activities carried out in Italy to raise public awareness on the issue of peace. The "Non-Violent Movement", which participates in the initiative, also emphasized peacebuilding issues and activities. There will be two caravans: the first to Odessa, and will be held from June 24 to 27; the next one (from July 14 to 18) has not yet defined its destinations. The basic idea is to create "branches" of stable solidarity presence in three Ukrainian cities, Lviv, Odessa and kyiv. The objective is humanitarian: to supply the population with medicine and food and to transfer those in need to Italy), but not only: the strong cultural and political message is the rejection of war and the work to build peace. The movement "from below" intends to concretely show the face of solidarity: in the initiative last April, with Lviv as its destination, the Caravan for Peace transported 32 tons of humanitarian aid for the Ukrainian civilian population, met with associations and local institutions; held a March for Peace through the streets of Lviv; it brought 300 refugees, including women, children, the elderly and the disabled, to Italy and took care of their reception. The Caravan is the expression of the the varied world of the Italian peace movement, which has been recognized in the acronym "StoptheWarNow", which is also a website (https://www.stopthewarnow.eu/) where you can find information, follow the movements of the caravans and join. StptheWarNow was born in Italy but with a European vocation. In fact, the caravans want to be a signal to other European countries that are already working to raise awareness and build peace through dialogue and not weapons. (EG/PA) (Agenzia Fides, 21/6/2022) 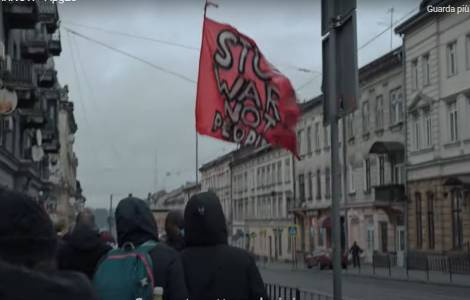