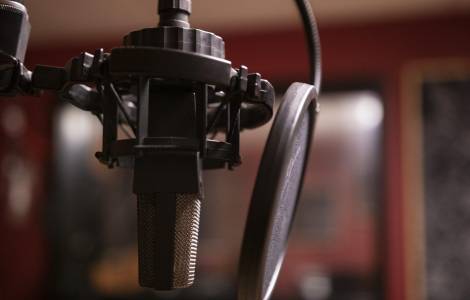 Brasilia (Agenzia Fides) - Recognizing the value of the radio and the significant role of Catholic broadcasters in spreading evangelical values, the National Conference of Bishops of Brazil (CNBB) approved the creation of the first Census of Catholic Radios in Brazil. According to the note released by the CNBB, sent to Fides, the Census will be an important tool for missionary work.
"An opportunity to promote unity, to grow together as a Church and to communicate in a more effective and targeted way", reads the letter sent by the organizers of the Census to Catholic radios. The research, which will be carried out online, takes into consideration Catholic radios, be they commercial, educational or communitarian; belonging to archdioceses, foundations, associations, parishes, religious congregations, etc. The goal is to understand how radio stations are organized, where they are located, what they do, as well as to outline an overview of the real situation of these means, of the common and particular challenges, as well as the possibility of finding paths for mutual support.
"The Synodal Spirit is what Pope Francis asks of us. To walk together and in communion is necessary! Common actions, sharing of experiences, joining forces and strategies to strengthen our stations and allow us to integrate our radios and the Church in Brazil. And this will only be possible with the data obtained through the census", said the organizers.
The 100th anniversary of the first radio broadcasts in Brazil will be celebrated in 2022. The President of the Communications Commission of the CNBB, Monsignor Joaquim Giovani Mol, therefore took this opportunity to organize the census, as the radio is "a tool that has overcome the barriers of time and has not aged, on the contrary, the radio is increasingly current and present in the lives of thousands of Brazilians.
A survey highlighted that 80% of Brazilians listen to the radio. Only these data indicate the relevance of this means of communication, but according to research this number is greater than 2 points compared to the previous year, ie the radio is not only listened to by many but is also expanding and this is an indication that the radio has credibility, has a name, arouses trust in people. Trust is undoubtedly an important element for our mission as evangelizers through the media". The Census is the result of a partnership with the Rede Católica de Rádio (RCR) and Signis Brasil. Currently around 300 broadcasters are connected to the RCR and 50 broadcasters broadcast the Jornal Brasil Hoje, RCR. (SL) (Agenzia Fides, 15/6/2022)