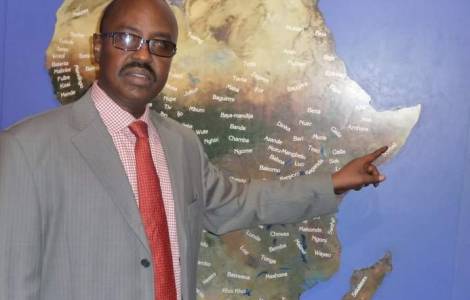 Mogadishu (Agenzia Fides) - The humanitarian crisis affecting Somalia due to the dramatic drought is intensifying. Almost 7 million people are affected, about 50% of the population. Meanwhile, the newly elected government headed by President Hassan Sheikh Mohamud will take office today, June 9, and numerous international politicians are in the country. The United Nations, together with the new Somali government, call for attention to be paid to the extremely serious situation in the Horn of Africa and especially in Somalia, which is experiencing the worst drought in 40 years (see Fides, 23/5/2022).
Speaking to Fides, Prof. Sonkor Geyre, President of the Institute for Federalism and Security Analysis (IFSA) and leading expert in Somalia in the field of peacekeeping, explains the current situation.
How is this tragedy perceived in the capital, Mogadishu?
"Here in Mogadishu, too, the drought is making itself felt as many families move from the agricultural and pastoral areas to the urban areas. This applies not only to Mogadishu, but also to all other major cities, in Baidoa, in Chisimaio, etc., where these internally displaced people find accommodation in the refugee camps and in the neighborhoods in search of better living conditions. Many people, many families are begging on the streets".
How is this drought contributing to the violence and instability in a region already hit by terrorism and the grave crisis of the war in Tigray?
In addition to the drought, which is worsening the lives of many families working in agriculture, the insecurity created under the Al Shabaab militia is also contributing to the massive influx of people, which in turn increases insecurity in the cities. The young people who come here will never find a job and unfortunately mostly join the "underworld", the world of gangsters. Unfortunately, in cities like Mogadishu, crime on the streets has increased, making it unsafe to move around. There are young people who steal everything they can get from passers-by.
Can one say that the insecurity that has increased in the cities due to this situation is also a major challenge for the new government?
To solve this problem, the President appointed a special envoy for drought issues, in the person of Abdirahman Abdishakur Warsame.
Professor, today, June 9, 2022, a new major challenge begins for Somalia. What do you wish for the new President and what is your message to the world?
The hope is that the President and the new government will be able to create an environment in which all Somalis have a chance to work together and solve the country's problems in the past. In addition, we hope that Mohamud will convene a national conference that will give the nation a chance to unite in a new Somali governance vision and put behind the internal struggles that have stopped all the aspirations and all development and security activities that we have experienced in recent years. (AP/GF) (Agenzia Fides, 9/6/2022)