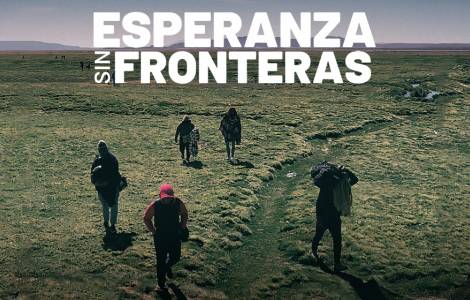 2022-03-31
Catholic Institute for Migration writes to President Boric: "We must take the problem into our own hands"

2022-03-14
Cardinal Aós: "We must not expect everything from those who govern us", everyone must play an active role to help the wounded society

Santiago (Agenzia Fides) - According to estimates by the National Migration Service (SNM) of Chile, in 2020 (latest data available) there were 448,138 Venezuelans in Chile, out of a total of 1,462,103 foreigners. As for the irregular population, the Chilean Jesuit Migrant Service (SJM) stresses that "by its very nature, it is impossible to know with certainty." The documentary "Esperanza Sin Fronteras", which will be broadcast on May 18, presents shocking and moving stories of those fleeing the dictatorship, economic and political violence, hunger and crime in their country.
"Along the way they were attacked, robbed of everything, at the mercy of mafias who take advantage of their desperation... they come with small children and dehydrated elderly adults, on the verge of collapse. But for them it is worth risking their lives to leave their country, it is worth it if there is any chance of a decent life for them and their families". This is stated in the note of the Episcopal Conference of Chile when reporting on the initiative. According to press data, seven people have already lost their lives between January and March of this year.
However, the testimonies of the documentary estimate that there could be hundreds of deaths in recent years, many of them unknown, whose bodies have been abandoned in various desert and swampy areas that migrants cross from Venezuela to reach Chile. The documentary "Esperanza Sin Fronteras" collects the humanitarian work carried out by the Catholic Church in Colchane, a town of almost 1,700 inhabitants that has converted its modest chapel "Nuestra Señora de Los Dolores" into a temporary shelter where accommodation is offered for the night and food to immigrants, who would otherwise sleep on the street, in sub-zero temperatures, eating expired food they find in the garbage. You can also appreciate the work of the Bishopric of Iquique, the Franciscan Missionary Sisters of Mary and the Missionary Congregation of Mary Immaculate Catherine of Siena, which together with the United Nations Refugee Agency (UNHCR) and the Caritas Social Pastoral Vicariate, of the Archbishopric of Santiago de Chile, distribute emergency food kits for migrants and refugees arriving in Colchane. The documentary also includes press archive images of the demonstrations and violence against migrants, it aims to raise awareness of the humanitarian crisis of migrants and refugees who have arrived in Chile without authorization, and unite national and international civil society organizations , the State and the business community to form an intersectoral working group to seek concrete solutions. (SL) (Agenzia Fides, 4/5/2022)

AMERICA/BRAZIL - Justice for the murder of Moïse Kabagambe: "barbarism becomes normal when it involves the poor"