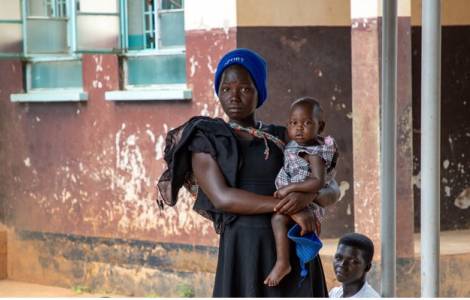 2022-05-30
Working to generate peace: to be ambassadors of peace in one's own Communities

Aber (Agenzia Fides) - In Uganda, girls are forced to drop out of school due to early pregnancies, "a phenomenon that is still widespread in the country which has serious repercussions on the lives of young girls and is an inseparable issue of human rights". This is what Virgilia Mazza, a volunteer of Doctors with Africa CUAMM in Aber in Uganda reports. "The Covid epidemic - he continues - is causing important side effects, such as the closure of schools which has led to an increase in sexual violence against young girls, often within their own home. This is why the training of midwives is fundamental, they are the first point of reference for women". To try to limit this serious problem, CUAMM has promoted the Adolescent Project, a training course for local midwives held in Anyeke by doctors and police personnel.
It is a two-day course on topics ranging from violence, treated in relation to the environment and the different sectors of which it is a part, to health and legal assistance.
Part of this new Cuamm project are prenatal exams, check-ups and care for the most difficult cases, those in which it is necessary to protect the mother's health in the event of violence. "The goal is to ensure proper training for midwives", explains the civil service volunteer, "because they are the ones who will also have to deal with cases of sexual abuse and violence".
The midwives come from the most remote areas of the Oyam district and the spread of Covid has caused the absence of some of them. The means of transport are scarce and the unexpected rain has made everything more difficult, but they have been arriving one by one, driving the typical motorcycle of these places, called a boda boda, with their children sitting in the back, trying to protect themselves from the rain with large pieces of colored cloth".
The note sent to Fides also points out that early pregnancies, in addition to being - often - the result of violence, are a reflection of the conditions of fragility, poverty and coercion in which young women are forced to live, especially in the most remote rural areas of the country. "In the absence of schooling and health care, girls become even more vulnerable. That is why CUAMM, thanks to this project, wants to promote concrete actions that, through training and dissemination, can support a system that works autonomously over time, to allow young women, the weakest part of the less fortunate half of the world, one day see their fundamental human rights protected". (AP) (Agenzia Fides, 18/3/2022)