ASIA/VIETNAM - A Dominican priest killed in the confessional 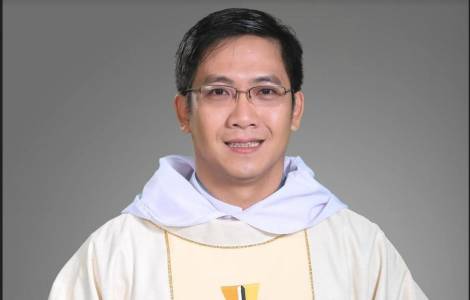 Kon Tum (Agenzia Fides) - A Vietnamese Dominican priest, Father Joseph Tran Ngoc Thanh, was killed while listening to confessions and celebrating the Sacrament of Reconciliation in the diocese of Kon Tum. He was 41 years old. The attack took place on January 29, shortly before the celebration of the Vespers Mass on Saturday evening. Father Father Joseph Tran Ngoc Thanh was in the confessional when he was attacked with a knife by a mentally unstable man. Another Dominican religious, who rushed to the scene, was wounded with a knife when he tried to stop the attacker. People in the church, who witnessed the attack, were in shock. Father Tran, who was injured, received initial treatment but was unable to recover and died at 11:30 p.m. (local time) the same day, as local Catholic journalist The Tran reported.
Local police arrested the attacker, considered a person "mentally ill". The local community is deeply shocked by the unexpected murder of the priest, just as they were preparing for the Lunar New Year celebrations, which Vietnam celebrates on February 1st. Messages of mourning and grief were expressed by the Dominican Province of Vietnam and the parish community of Dak Mót, 40 km north of Kon Tum, where the priest lived and worked. The priest had recently taken up his duties as a priest in charge of the pastoral care of a "little flock" of Catholics. Bishop Aloisio Nguyen Hung Vi, who leads the Diocese of Kon Tum, celebrated a funeral Mass yesterday, Sunday, January 30, and expressed his condolences to the parish community of Dak Mót and the Dominican Province of Vietnam. The Bishop said: "We know that the will of God is mysterious, we cannot fully understand the ways of the Lord. We can only place our brother in the hands of the Lord. Father Joseph travels in eternity and, no matter what happened, no one can separate him, or us, from the love of God. When he was hit, Father Joseph stood in the place of Christ, dispensing his forgiveness. Dying at that moment, "in persona Christi", must be a grace. In this pain, we also see the beauty and the nobility of the priest". Father Joseph Thanh's body was taken to St. Martin's Chapel in Bien Hoa town, Dong Nai province, for the farewell rite, which took place today, January 31, and burial. The body of the priest was buried among other Dominican friars in the province cemetery, located in Bien Hoa. Father Joseph Thanh was born on August 10, 1981 in Saigon and made his religious profession in the Order of Preachers on August 13, 2010. He was ordained a priest on August 4, 2018. Kon Tum, the capital of Kon Tum Province, is located in the interior of the Central Highlands region of Vietnam, near the borders of Laos and Cambodia. (SD-PA) (Agenzia Fides, 31/1/2022) 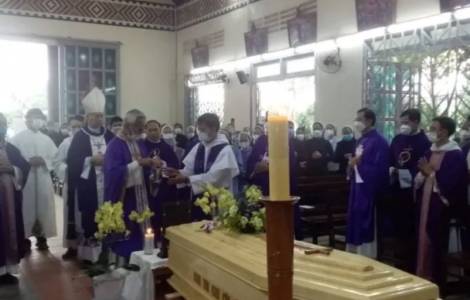 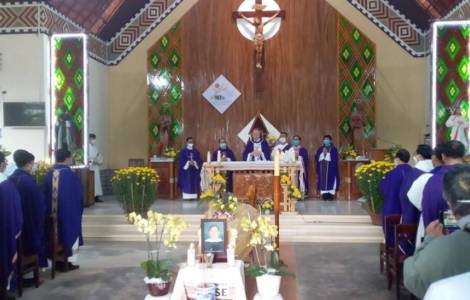 AFRICA/D.R. CONGO - The Bishop of Boma invites prayers for newly ordained deacons and priests to be "good Samaritans"