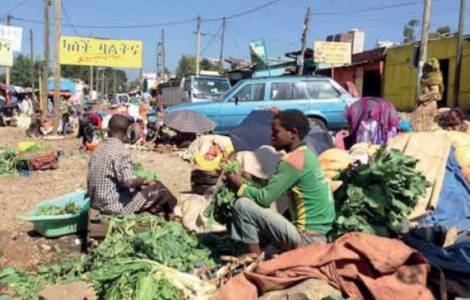 Addis Ababa (Agenzia Fides) - "I spoke to her directly and found her to be very calm and generally in good shape. She still does not know the reasons why she was arrested, nor why they released her. After so much fear and concern, now is the time for happiness, there will be time to understand what happened and why our sister was imprisoned. This is what Mother Raffaella Pedrini, Superior General of the Ursuline Sisters of Gandino, tells Agenzia Fides of the good news, received on the afternoon of Sunday, January 16, of the release of Sister Abrehet Teserma. The nun had been arrested in Addis Ababa on November 30 by government police forces, along with five other sisters of the Daughters of Charity of St. Vincent (also released) and two deacons.
Mother Pedrini tells Agenzia Fides: "Having heard her directly, I can say with certainty that she is well and in good general condition. It follows that the sister and the people who shared her captivity were treated well. Sister Abrehet was imprisoned first in a courtyard of a police building and then she was transferred to a large room where she lived with a hundred people, all of them women, arrested in the same period. Our sister was the only nun, the others were very young girls". The release comes at a time of possible change of scenery in the great country of the Horn of Africa, immersed for 14 months in a terrible war that began in the Tigray region and has spread to other areas. Since the days before Christmas, there have been timid signs of a partial cessation of hostilities and brutalities. The Tigray People's Liberation Front (TPLF) rebels declared a unilateral ceasefire and unconditional withdrawal from the Amhara and Afar regions at the end of 2021. Meanwhile, the Nobel Prize Committee has clearly called on Prime Minister Abyi, winner of the coveted award in 2019, who "works to end the conflict, taking into account the special responsibilities that a Nobel laureate has". "After moments of anguish and so much suffering - adds the Superior of the Ursulines of Gandino - we were finally able to thank the Lord for the liberation of our sister and of the other nuns. In the conversations that I had with our community in Ethiopia, we always felt the hope and, at the same time, the conviction of being part of a people and of sharing their sufferings, of living in full solidarity with so many brothers and sisters. In the next few days I will try to hear from our delegate, Sister Abrehet Cahasai, to try to get more information. We cannot accept that everything happens without an explanation of the reasons. According to what our nuns tell us, it will be difficult to obtain information, but we will insist because the affair cannot remain suspended: we demand answers". (LA) (Agenzia Fides, 18/1/2022)

ASIA/CHINA - The synodal journey of the sisters of Leshan, in the footsteps of the "Woman among women"

ASIA/MYANMAR - The Sisters of Reparation: "We walk alongside the people, asking for peace and justice"