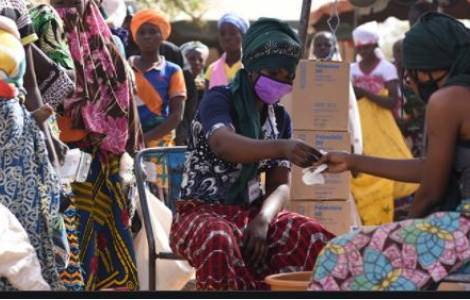 2022-04-28
The Easter cross carried by a people suffering from famine, lack of medicine, violence and insecurity

2022-01-18
Islamic-Christian dialogue: meeting to get to know each other in depth and respect and appreciate the values and spirituality of the other

Niamey (Agenzia Fides) - "Three high school students had gone to spend a few days of vacation with their families in the village of Ngoula. Their return to school last Monday was fatal. One of the four friends managed to escape and the three others have since been in the hands of unknown, presumed jihadists who control the region. Before reaching the village of Djayeli, located about twenty kilometers from Ngoula, they were kidnapped and for the moment there is no news". It is with these words that Father Mauro Armanino, priest of the Society of African Missions (SMA), tells Fides of the climate of social violence that reigns in Niger, increasingly threatened by Islamic terrorism and traces a picture of an "insecure and controlled Sahel".
"The area, he continues, is the same one in which, in September 2018, Father Pierluigi Maccalli, also a SMA missionary, was kidnapped. These boys, observes Father Mauro, may be freed in some time or they will be offered to join the fighting forces in the "Three Borders" area, between Niger, Burkina Faso and Mali. They could disappear forever", he stresses, "just like dozens of other abductees around Lake Chad, where Boko Haram, the Islamic State and banditry share the same terrorist strategies".
Niger, which is, according to the UN, one of the countries on the African continent with the lowest human development index, continues to be deeply unstable and torn apart by terrorist attacks in several of its regions, especially at the border. Indeed, the terrorist incursions on the borders with Mali, Burkina Faso and Nigeria have resulted in an unprecedented wave of refugees. At the end of December 2021, UNHCR, the UN refugee agency, counted around 600,000 refugees, 51% of whom were displaced Nigerians who had fled their homes inland. The others are people from neighboring states, mainly Malians and Burkinabés in the Tillabery region, Nigerians in the city of Maradi and in Diffa.
"One of the means of transport of the gendarmerie of Torodi - the missionary tells Fides - a town about 50 kilometers from the capital, was destroyed last week by explosives placed along the road leading to the border with Burkina Faso. Four soldiers are reported dead and some injured. This was the second terrorist attack of this type. The previous one took place at the end of November, leaving three dead and two wounded among the members of the National Guard of Niger. In the city of Makalondi - he continued - just before Christmas and in the same border area there was a double attack.Hundreds of armed men attacked the customs post and the police station, causing at least six dead.As a result, hundreds of families have been forced to abandon their homes, fields and crops".
"As announced by OCHA, the UN Office for the Coordination of Humanitarian Interventions, more than 30 million people in the countries of the Sahel will need assistance and protection - notes Father Armanino -. Conflicts, violence, forced displacements and socio-economic crises have led to a rapid increase in food needs. Today, he concludes, demographic pressure, food insecurity and climate change force millions of people to fight for their survival". (ES) (Agenzia Fides, 15/1/2022)