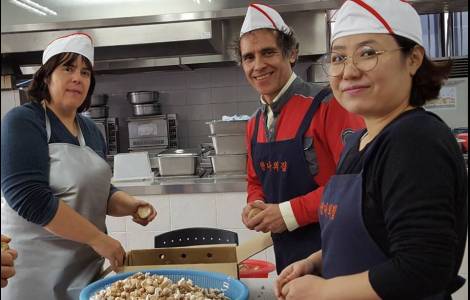 Seoul (Agenzia Fides) - The Italian missionary of the Oblates of Mary Immaculate, Father Vincenzo Bordo, describes his extraordinary story and experience of proximity among the poor in Korea. In Seongnam, a suburb of Seoul, the missionary founded and runs Anna's House, a reception center for homeless people and young people without families, as well as a food bank that has been caring for 800 homeless people every day for 30 years. "There he not only distributes food, but also hugs and prayers", the volunteers who work with him told Fides. The meal of the guests at the table takes place in a friendly and bright atmosphere, in which "it is above all the loving care that nourishes every person", says Father Bordo, who wrote his book, in which he describes his experiences since his arrival in Depicting Korea as a missionary in 1990 to date, published in Korean. All proceeds from the sale of the text will be donated to the poor and homeless. "For every book sold, a homeless person is offered a meal. It is love that nourishes, along with bread", he notes. The special sensitivity of the Korean Church for the poor was clearly expressed on the "World Day of the Poor" proclaimed by Pope Francis, which was celebrated in all dioceses on November 14th. The Archdiocese of Seoul has planned a series of events to celebrate Poor's Day and has announced that these will not be isolated gestures or a single day of the year. "I hope that this will be an opportunity for all of us to realize that we are all poor and vulnerable before God. As a human family we are called to show solidarity with the poor, to share and to shake hands with those in need said the Archbishop-elect of Seoul, Msgr. Peter Chung, engaged during the special day, alongside Cardinal Andrew Yeom Soo-jung and other Bishops of Seoul, in serving meals to the homeless at the "Myeongdong Babjib" soup kitchen in the Seoul Cathedral complex. The bishops expressed their gratitude to the volunteers who prepared the meals since the early hours of the morning. 874 volunteers signed up for the initiative, including 72 non-Catholics who took turns working in the soup kitchen. Cardinal Yeom said: "On this day we are all invited by the Holy Spirit to come together as sisters and brothers. This special occasion reminds us that we are truly all brothers and sisters who are called to live together as one family". Myeongdong Babjib is a soup kitchen run by the "One Body One Spirit" Movement, located right next to Myeongdong Cathedral. Free meals are offered there every Wednesday, Friday and Sunday for the homeless. According to the recorded data, more than 70,000 homeless people visited the soup kitchen until October 30, 2021. Next to the soup kitcheb there is the "Raphael Nanum Clinic" managed by the Raphael Nanum Foundation, a free medical facility that began its activity on June 13, 2021 in cooperation with the "Myeongdong Babjib". The Clinic has provided health care services to 2,160 homeless people in the past 4 months. (PA) (Agenzia Fides, 18/11/2021) 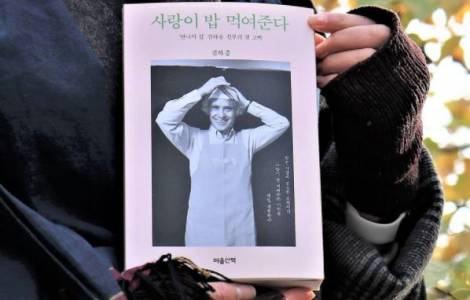 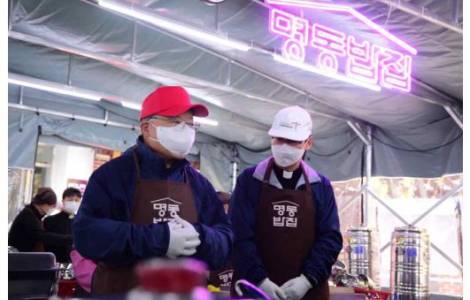 world day of the poor

AMERICA/BOLIVIA - The Bishop of Beni: "Progress and justice cannot be built with imposition and force"