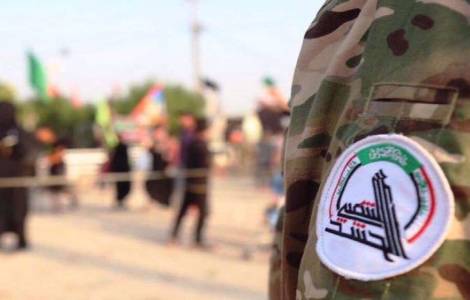 2022-08-23
The alarm of Chaldean Patriarch Sako: world crisis and war in Ukraine aggravate the "alarming" exodus of Christians from the Middle East

Baghdad (Agenzia Fides) - "If we do not quickly emerge from the chaos the Iraqi nation plunged into after the October general election", "the country will face the worst, and we all know Iraq cannot bear more". The Chaldean Patriarchate issued a message on Tuesday (November 16th) calling on all national components of the country to put aside wicked behavior and avoid dragging into the abyss a nation exhausted by decades of wars.
The proposal put forward in the patriarchal appeal is that of a "sincere and courageous national dialogue", involving all national actors - political leaders, but also intellectuals and religious leaders - who are interested in ensuring the reliability of the electoral process and respect for the results of the polls. It is only by following this path", we read in the message disseminated through the official channels of communication of the Chaldean Church, "that it will be possible to reach an acceptable solution in accordance with the Iraqi constitution and law, in order to accelerate the formation of a national government capable of correcting the path, fighting corruption, protecting the sovereignty and unity of the country and protect the security and dignity of Iraqis".
The Iraqi parliamentary elections held on October 10, saw the advance of the Sadrist Party, led by Shiite leader Muqtada al Sadr - which apparently won 73 of the 329 seats in the new parliamentary assembly - and a clear defeat of the Fatah bloc - considered close to the Shiite militias pro-Iranian Hashd ai Shaabi - who reportedly won just 15 seats against the 48 seats controlled in the previous parliament by groups now part of the coalition. Only 41% of those eligible to vote went to the polls, the lowest figure in six general elections held in Iraq since 2003, after the end of Saddam Hussein's regime. Since the first rumors filtered through the media about the outcome of the vote, leaders of the Fatah bloc have refused to recognize the election results, calling on their supporters to take to the streets. In Baghdad, protesters maintain garrisons in the "Green Zone" - an area where government offices and embassies are concentrated - and accuse the independent commission of falsifying the results. The recount of ballots is underway in some constituencies, where appeals have been filed on the basis of reliable documents.
On November 5, violent clashes took place between security forces and Fatah protesters who had tried to enter the Green Zone. According to medical sources, the clashes left two dead and 125 injured. Then, on November 7, the residence of Iraqi Prime Minister Mustafa al Kadhimi was devastated by a drone attack. Fortunately, the terrorist operation did not claim any casualties, but it risked plunging the country into the chaos of a civil war, reopening the direct clash between Sunnis and Shiites. From the very beginning, more or less veiled accusations regarding the authorship of the attack were launched against the pro-Iranian Shiite militias present in the country. This hypothesis has also been challenged by analysts who are not suspected of pro-Iranian sympathies, such as Israeli journalist Zvi Bar-el, who stressed in Haaretz that "the current violent clashes do not serve the interests of Tehran, which is trying now to build a pro-Iranian political coalition to form a government. This seems to nullify the logic of the attempted murder [of Prime Minister al Kadhimi by the Shiite militias, ed], unless the objective is to unleash a civil war or at least violent clashes at the national level that would facilitate the formation of an emergency interim government. But even if it did, neither the militias nor Iran were guaranteed to achieve a political result that would serve their purposes". (GV) (Agenzia Fides, 17/11/2021)