ASIA/AFGHANISTAN - Keep the door of hope open, especially for women 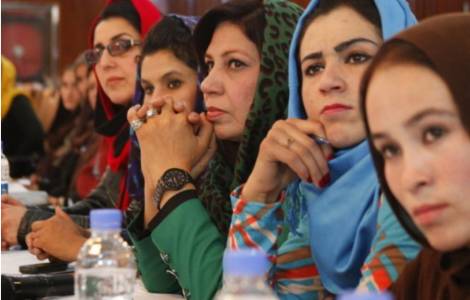 Rome (Agenzia Fides) - "That thread of hope that opened in the early 2000s in Afghanistan began to disappear with the shrinking of humanitarian space and the advance of the war". This is what Alessandra Morelli, long-time deputy representative of the UN High Commissioner for Refugees (UNHCR) in Kabul reminds Fides, on the sidelines of the "Migration Festival" which ended last Saturday in Emilia Romagna, promoted, among others, by the Migrant Foundation of the Italian Episcopal Conference.
Morelli recalls the first days he arrived in Afghanistan: "It was at the beginning of 2003 and I was part of the team of current Commissioner Filippo Grandi who had the task of transferring UNHCR operations from Pakistan to Afghanistan, for reasons of proximity. I was assigned to Khost, Gardez and Ghazni, which were also the heart of the Enduring Freedom military mission. I returned there in 2010 as deputy representative. What should I take with me? At first, I experienced hope, that little door that opened. Yes, hope, because the thermometer of hope in a country is perceived through the decisions that the population makes: for example, that of returning to their homeland. The population was returning: one million people in less than a year, because there was a glimpse of the possibility of returning to their land, of building or rebuilding a house, of embracing the family again and then of sending their children to school".
After this first mission, Morelli returned to Afghanistan in 2010. What had changed? "In 2010, we were in the most acute phase of the war, when the security problem had already restricted any humanitarian space. For us, for the United Nations in general, or for non-governmental organizations, having the problem of access to humanitarian space means moving further and further away from this element of proximity and rapprochement with the local population. We went from the flame of hope in 2003 to total closure up to the obligation to move only under escort". "What is your legacy from this experience? Morelli says: "That of having always worked in inhuman spaces, trying to make them human. It is a baggage that I now want to put at the service of my country and my territories. That is why I gladly accept the invitations to talk about the inhumanity of war, its uselessness, what is defined as 'the banality of evil' and how conflict can lead humanitarian workers to live escorted. I do it with associations, institutions and organizations such as Caritas, in cultural initiatives or in universities".
Education is a major concern in Afghanistan today: "This is particularly true for the female population. This is also why, concludes Morelli, that I am part of Women for Afghanistan, a platform that brings together Afghan activists from all over the world who have decided to maintain a dialogue with the women who remain in the country. The objective is to fight for recognition. Afghan women ask not to be forgotten and do not want to give up the rights they have won: dignity, access to education and professionalism". (MG-PA) (Agenzia Fides, 8/11/2021)