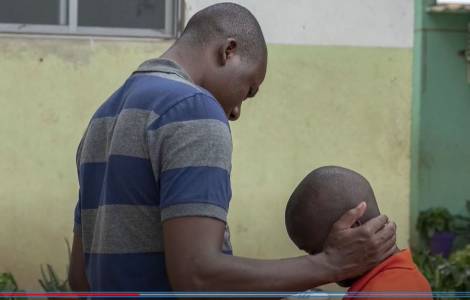 2023-01-09
The expectations of the Togolese people for the new year that has just begun: to live in peace and harmony

2022-07-30
Comboni Missionaries: support for young people to live "a Christian and missionary dimension"

Kara (Agenzia Fides) - "We came to Kara more than 35 years ago and from the beginning, in the spirit of Christian charity, we dedicated ourselves to the abandoned young people, the street children, who are in danger of being abused and arrested for petty thefts or because they are accused of witchcraft", said Father Georges Koevi, from the Salesians of Don Bosco in an interview with Fides about the missionary commitment in the African country and the challenges that the Don Bosco missionaries face there every day. "The phenomenon of street children is a growing reality in Togo", explains Fr. Georges, "the causes are to be found in the contradictions of a difficult environment without structures that protect minors. Added to this are the consequences of widespread poverty that is getting worse and worse: here in the Kara region, there are 200 new cases every year of children and adolescents, aged between 8 and 17, who are abandoned by their parents due to lack of means of support". In this bleak framework, a space of welcome, affection, care is a missionary work that brings the Gospel of Christ present in the lives of children and in society as a whole.
According to the United Nations, more than 80% of the population of the African country is affected by poverty, of whom almost 50% are minors: "One in eight children does not even reach the age of five", Father Koevi told Fides, "and the proportion of those who drop out of school is very high. Rising poverty forces thousands of children to do all kinds of work in exploitative and dangerous conditions to support their families". In Togo there are a total of six missions of the Salesian Don Bosco with 36 reception centers. More than 800 missionaries, staff, volunteers and lay people work alongside the most disadvantaged populations. Father Georges explains: "The Don Bosco Congregation in Kara runs three homes for street children, boys and girls. Our action consists in carrying out daily administrative activities, ie buying food, clothes and medicines, in order to give concrete help to the boys and girls as well as psychosocial support, the payment of school fees and the purchase of school supplies for literacy courses for young people rescued from the streets and for professional training courses such as uniforms, equipment for courses in bricklaying, electricians, carpenters, tailors, welding and mechanic courses". The religious also work with juvenile prisons and fund and lead projects for the reintegration of young people, which include a gradual return to the family or to a care facility, "with the aim of enabling minors to develop their autonomy and confidence in themselves and in others", emphasizes the missionary.
In conclusion, Father Georges says: "There is still a lot to be done. It is very important to see the many young Togolese who are in formation, the tentative but encouraging positive reactions from the local population, who need to be encouraged and supported. We missionaries are entrusted with the task of responding in our own way and in accordance with the charism of our Founder, St. John Bosco, to the challenges that this country and this society present us". (ES) (Agenzia Fides, 25/9/2021)

AFRICA/DJIBOUTI - The pandemic increases the vulnerability of street children: the Church offers hospitality