AMERICA/CHILE - "The existing inequalities are open wounds that bleed a lot and need to be healed": Archbishop Chomali's open letter 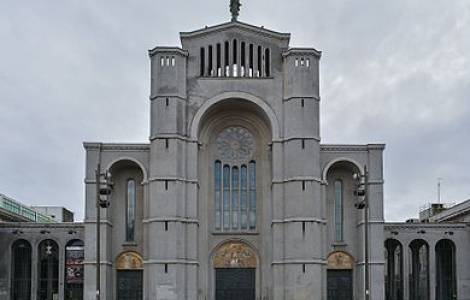 2021-09-21
In times of social change, Catholic radio stations must strengthen their commitment to building a better community, based on the Gospel

2021-09-20
The values that should be present in the new Constitution: Cardinal Aós at the Te Deum

2021-06-28
"The existing inequalities are open wounds that bleed a lot and need to be healed": Archbishop Chomali's open letter

Concepción (Agenzia Fides) - Your responsibility is great, because the citizens' perception of the value of political authority in society and the return to the polls in the next elections largely depends on you. With your gestures, words and actions, you can help ensure that those citizens who did not go to vote recognize you as their legitimate authorities and appreciate your work as an excellent form of service and search for the common good".
This is what His Excellency Monsignor Fernando Chomali, Archbishop of Concepción, writes in his "Open Letter to Governors, Mayors and Councilors of the Bio Bío region". The Archbishop congratulates the elected candidates. Despite the pandemic and the complex political, economic and social situation in Chile and the whole world, the electoral campaign takes place despite the difficulties. "The Church of Concepción, aware of the value of democracy and politics, prayed incessantly for the electoral process to be an example of civic culture - continues the letter sent to Fides -. Furthermore, we asked citizens to go to the polls, to give value to democracy and to thank all those who made possible the process we witnessed.
The lack of interest shown in going to the polls is undoubtedly a reason for deep reflection". Mgr. Chomali therefore urges to take the only possible path, "that of transparency, efficiency, austerity, a sense of community and strong support for the most vulnerable people", underlining that "this task is urgent, it cannot wait", because the" kleptocratic culture we witnessed in Chile has given rise to abuses of all kinds", such as corruption, tax evasion, collusion, irregular funding of political campaigns ..." It will take decades to reverse this deplorable situation!" The Archbishop therefore exhorts the elected to be the restorers of a way of governing that has at its center "the meaning of a job well done, ethical discernment in every decision, constant dialogue, the primacy of the person and of his dignity"; the architects of a culture where "what is right, good, beautiful and authentic" prevails; with a special concern for the poor and marginalized. "The existing inequalities in Chile are open wounds that bleed a lot and need to be healed", he underlines, recalling the danger that widespread disenchantment and disinterest in public affairs could have serious repercussions on the country's future, such as a dictatorship or a populist government. The Church of Concepción is committed to accompanying the process of regeneration of good politics first place through prayer, then by committing itself more every day to being promoters of justice, fraternity, solidarity and peace, according to the Gospel and the social doctrine of the Church, also continuing its immense pastoral, educational and social work in the region. Finally, the Archbishop assures the prayer to invoke the intercession of God and the Virgin Mary so that the elected "may make their political mandate a great service to the community, and transform the painful situation that afflicts us, into the foundations of a welcoming, fraternal and united home, where everyone has a place at the table". (SL) (Agenzia Fides, 28/6/2021)