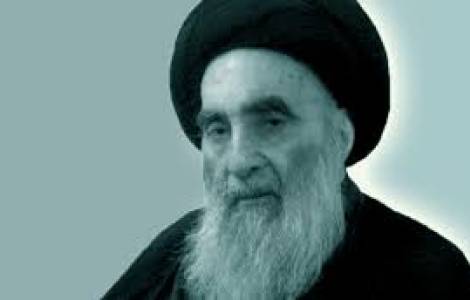 Najaf (Agenzia Fides) - Pope Francis, as part of his important apostolic trip to Iraq scheduled for March 5-8, will visit the city of Najaf and the Great Ayatollah Ali al Sistani, a leading figure in Shia Islam including outside Iraq. It will be a meeting comparable in its intensity and its potential consequences with those between Pope Francis and senior representatives of Sunni Islam including the Egyptian Sheik Ahmad al Tayyeb, Grand Imam of Al Azhar.
Iranian-born Ayatollah Ali al Sistani, 90, has so far carried out spiritual responsibilities widely appreciated for his foresight, sobriety and wisdom even by those who do not belong to Shia Islam. Cordial initiatives and words against Christians marked his intense participation in the vicissitudes of the last decades of Iraqi history.
In November 2019, when the country was shaken by street demonstrations and violent repression of the security apparatuses, the Chaldean Patriarch Louis Raphael Sako publicly expressed his full agreement with al Sistani, who in a famous sermon had invited the political authorities to act quickly in order to respond to the protesters' claims, which he considered legitimate.
Receiving in Najaf in January 2019 the officials of the UN Commission of Inquiry into the crimes of jihadists of the so-called "Islamic State", Ayatollah Ali al Sistani recommended to investigate in particular the "heinous crimes" perpetrated by jihadist militiamen to the detriment of certain specific components of Iraqi society such as the Yazidis in Sinjar, the Christians in Mosul and the Turcomans in Tal Afar (see Fides 24/1/2019).
Already in April 2017, Sheikh Abdul Mahdi Karbalai, official representative of al Sistani, in a meeting with a delegation of Christians from Mosul had expressed his full willingness to fight against the attempts to manipulate the ethnic and religious composition that characterized this region before the arrival of jihadists from the so-called "Islamic State" and to support all initiatives necessary to promote the return of Christians - Chaldeans, Syriacs and Assyrians - to their homes and to the villages of the Nineveh Plain, once the defeat of the jihadists of the Islamic State has been definitively achieved.
In January 2014, before the conquest of Daesh in Mosul and Northern Iraq by the so-called “Islamic State”, in an interview with a delegation from the Community of San Egidio, Ayatollah expressed his full solidarity with Iraqi Christians , reaffirming the need to preserve the presence of indigenous Christian communities in the country and that the targeted violence against them posed a threat to Iraq as a whole.
The meeting between the
Bishop of Rome and the Grand Ayatollah of Najaf could mark the culmination of the long exchange of signs of closeness and sympathy between Christians and al Sistani in recent decades. In March 2005, a group of Iraqi Christians living in the US, including several members of the Chaldean community in San Diego, had launched an online petition to identify Ayatollah for the Nobel Peace Prize, motivating this choice with the fact that al Sistani "provided Muslims around the world with a good example of how to follow peaceful ways to resolve complex social [and] political challenges that must be faced, condemning terror".
After the intervention led in 2003 by the United States and its allies putting an end to the Baathist regime, a fatwa from Ayatollah Al-Sistani reminded all Shiites of their obligation to protect and not to mistreat members of religious communities minorities, including Christians, who were not to be identified as "fifth columns" of foreign military forces. In 2005, upon the death of Saint John Paul II, Ayatollah Al Sistani sent a telegram to the Vatican Secretary of State, Cardinal Angelo Sodano, and to the then Apostolic Nuncio in Iraq, Archbishop Fernando Filoni, to express his condolences "to all Catholics" for the Pope's death, recalling that "he transmitted the message of peace and promoted interreligious dialogue. He was a very respectful Pope of all religions". (GV) (Agenzia Fides, 10/2/2021)