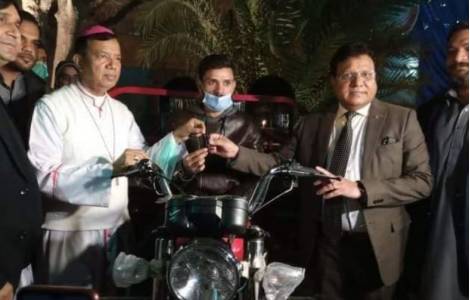 Lahore (Agenzia Fides) - "We give thanks to God because today we are able to support our brothers so that they create their own entrepreneurial activity. They have suffered a lot over the past five years. We have taken this initiative to ensure that 42 innocent former prisoners can run a new business to support their families and not depend on anyone. This is a Christmas gift for all of you, to restore stability to your life, to allow you to live with dignity. Let us pray for your good and invoke the blessings of God for your families", said Mgr. Sebastian Francis Shaw, Archbishop of Lahore, intervening in the framework of the meeting held in the church of Saint John of Youhanabad, in Lahore, on the evening of December 19.
As Fides learned, the Archbishop also thanked the Pakistani government and Ijaz Alam Augustine, Minister for human rights and religious affairs in the province of Punjab, for their cooperation and support in releasing 42 Christian prisoners accused of having participated in clashes and riots after the suicide attacks perpetrated against two churches in Lahore in March 2015 (see Fides 30/01/2020 http://www.fides.org/en/news/67318). Addressing those present, Archbishop Shaw also said: "We want to support you fully and we wish to see you engaged in a thriving activity so that you can live a happy life".
Fr. Francis Gulzar, Vicar General of the Archdiocese of Lahore and Parish Priest of the Catholic Church of St. John, informs: "Helping them in starting a personal economic enterprise is the best way: we handed out rickshaws (means of transport) to ten people, to others motorcycles with trailers. Still others have received support for the opening of a commercial activity such as a grocery store, a catering activity, a decoration store and sale of curtains and carpets, a store that sells construction materials". Fr. Gulzar adds: "Among the beneficiaries there is also a former Muslim prisoner, who was in prison with them".
Archbishop Sebastian Francis Shaw and Ejaz Alam Augustine met the former prisoners, encouraging them for the future. The Minister said: "We appreciate the important support provided by the Church for the development of people. It is our government's priority to free innocent prisoners".
Christians were arrested after two suicide bombers hit two churches, Christ Church (Protestant) and St. John Church (Catholic), on March 15, 2015 in Youhanabad, the largest Christian district in Lahore, where over 100,000 Christians live. During the attacks 70 people were injured and 15 people died. Among them Akash Bashir, a young Catholic who had blocked the perpetrator of the attack at the entrance of Saint John's Church, thus saving the lives of the 1,500 people present inside.
After the attacks, Christians protested on the streets of the city. Two Muslim men were lynched in the riots accused of being linked to suicide bombers. Following the lynching, 42 Christians were arrested by an anti-terrorism court in Lahore, but were found innocent and released after five years on January 29, 2020. (PA) (Agenzia Fides, 23/12/2020) 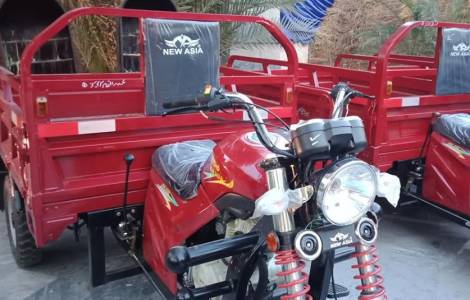 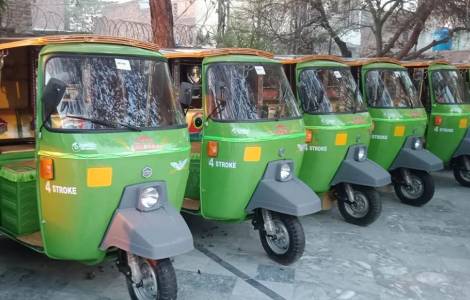 AFRICA/IVORY COAST - Professional opportunities for young people, thanks to a training center run by the Church

AFRICA/UGANDA - A school of agribusiness for young entrepreneurs, with the contribution of the Church